The following are new features that are available in PTP 9.0, Photran 9.1, and Remote 2.0.

The Terminal View has been ported to use the new TM Terminal 4.0. This will provide better integration and long term support for accessing remote systems.

The new project wizard has been enhanced so that the remote directory will not be reset if it has already been entered. This improves the project creation workflow. 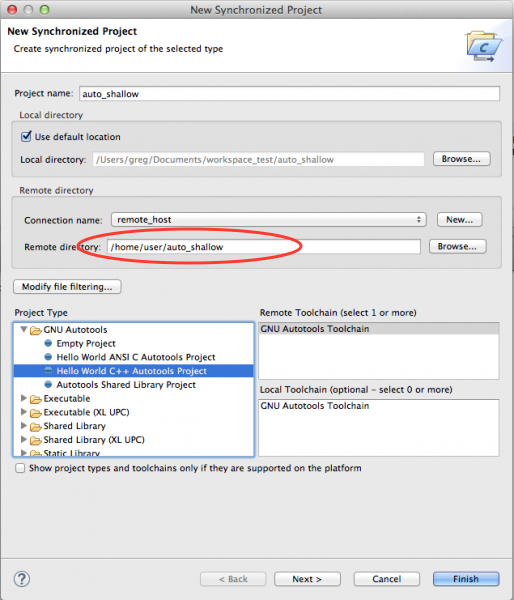 Remote connection information is now shown in a view in addition to the Remote Connections preference page. This allows connections to be manipulated without requiring a model dialog.

Remote connections are now supported in the Console view. This provides a uniform way to interact with consoles, as well as providing VT100 emulation.

The remote services framework has been substantially improved. Some changes include:

...as well as fixes for several other issues:

This page was last modified 14:36, 24 June 2015 by Greg Watson. Based on work by Marc Khouzam and Jeffrey Overbey.