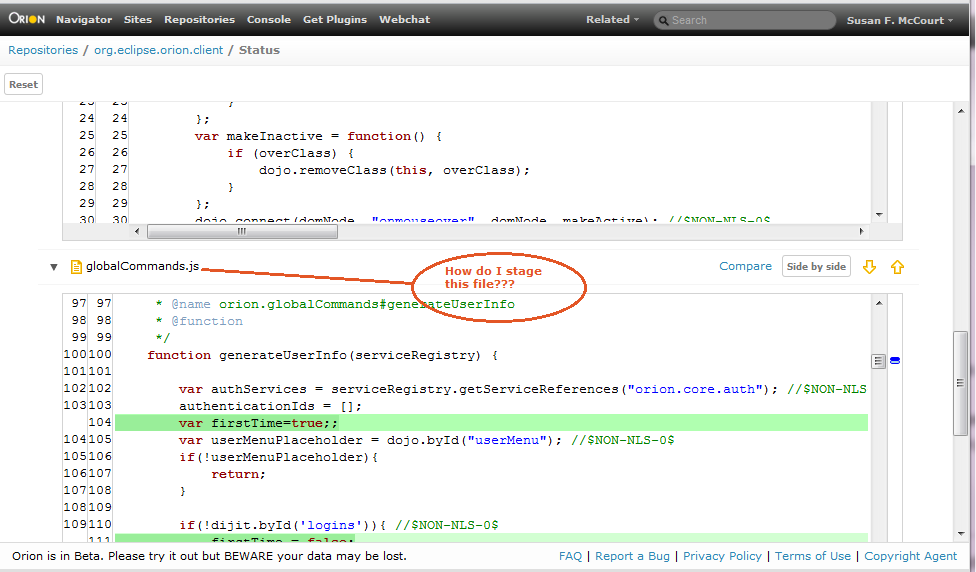 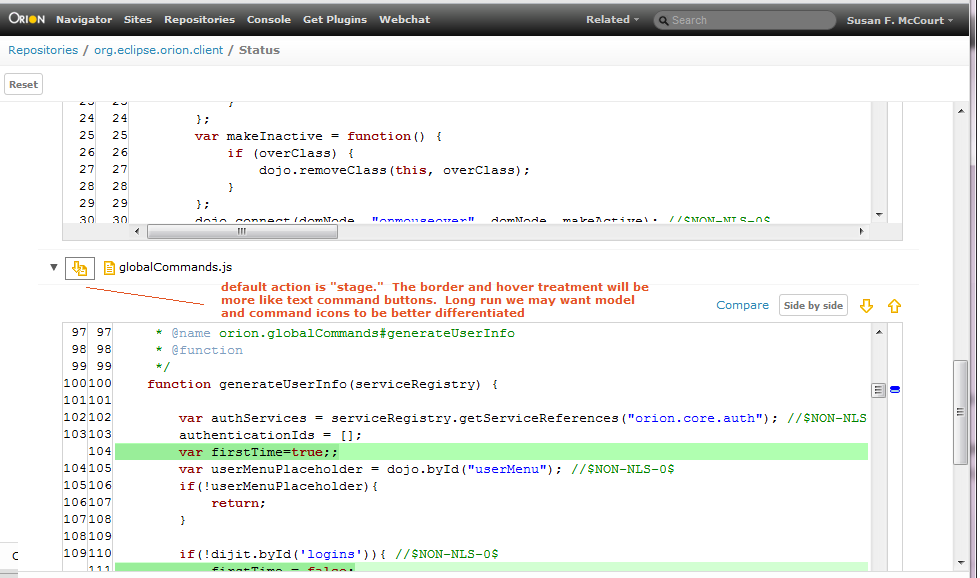 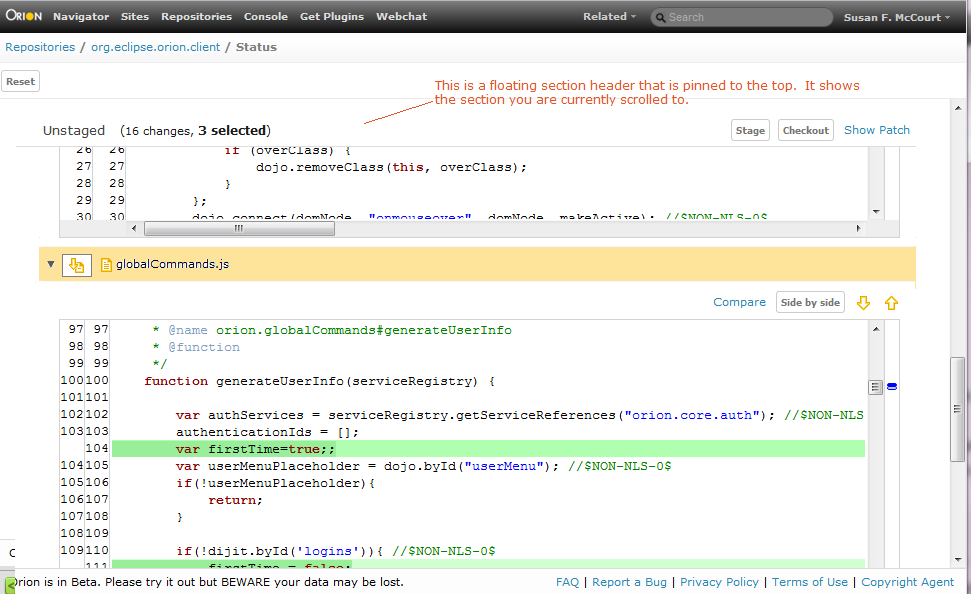 For pages that show multiple kinds of items in multiple states, the question is do we try to move to this same model? For example, the actions available on the active branch are different than those available on a non-active branch. Are we losing information if we move most of these actions into an Actions menu? It seems like this is a case worth preserving more in-line commands.