Work is also underway on a CDT plug-in: org.eclipse.cdt.docker.launch which adds support for launching and debugging C/C++ applications built in the CDT into Docker Containers.

A full transitive closure of dependencies for docker-client may be seen at https://rgrunber.fedorapeople.org/docker-client-deps.svg

The docker-client package is made available at Eclipse through the Eclipse Orbit Project. As of Eclipse Mars M7 (May 08/2015) all dependency CQs have been approved and the dependency packages have been pushed into Orbit.

The source for the Docker Tooling code can be found in the containers directory of the Linux Tools git repository:

The user guide is available here.

The following management functionality is working: 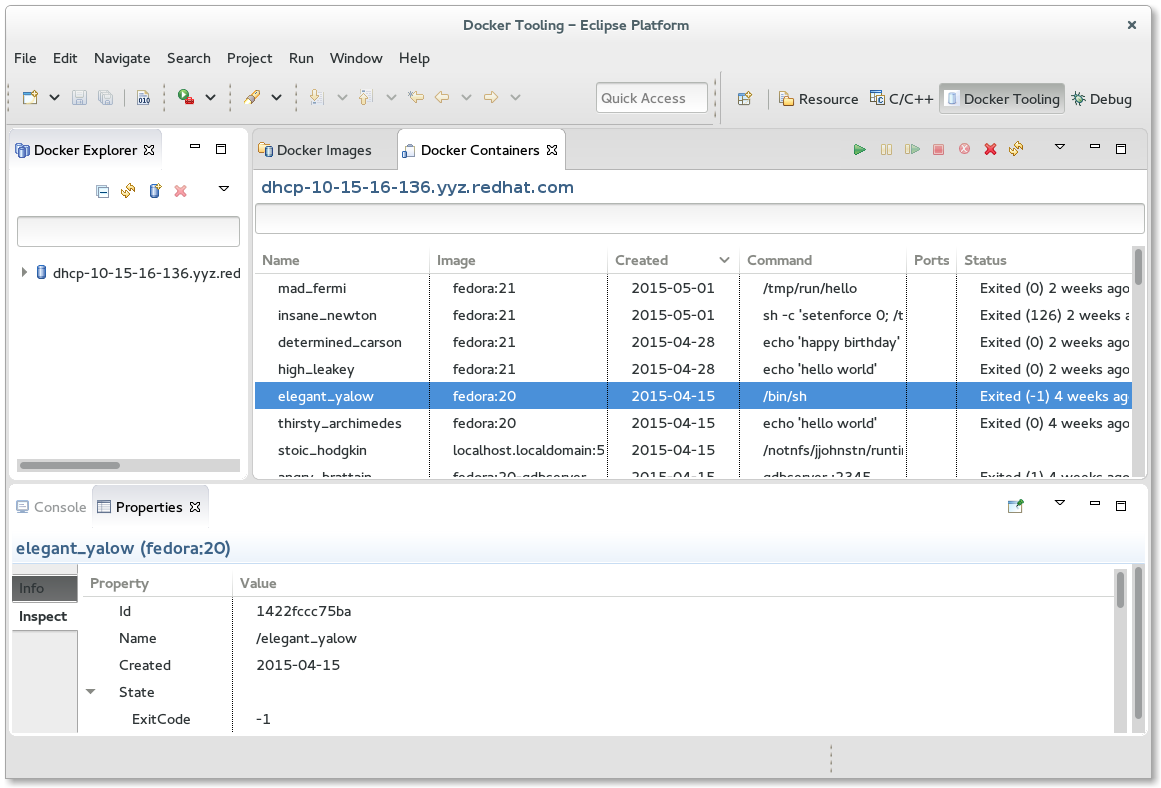 This page was last modified 02:48, 20 May 2016 by Xavier Coulon. Based on work by Roland Grunberg and Jeff Johnston.