Redesign of UI to support all module-graph related options in one tab of the Java Build Path properties page.

Following a discussion at EclipseCon Europe 2018, this started with a painted mock-up and a list of requirements. 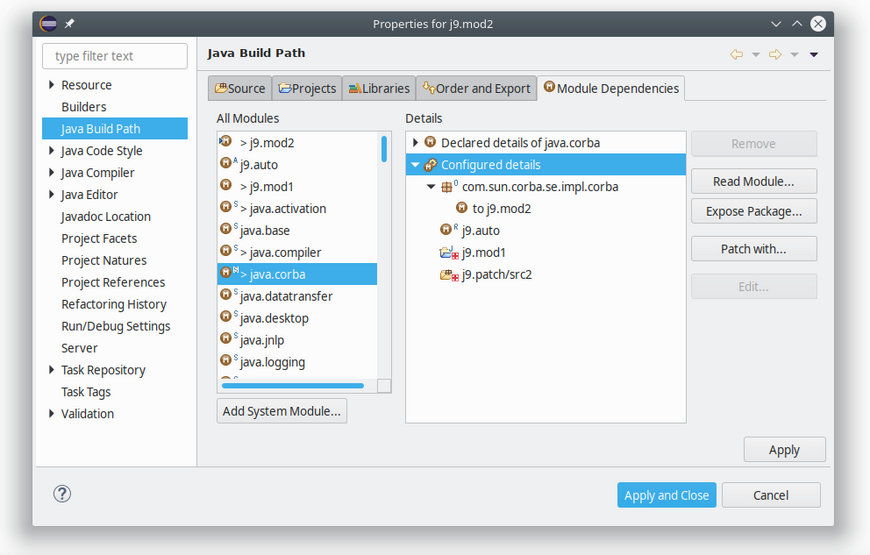