Sequential units have an arbitrary number of sub-units that are executed in the given order. The Boolean flag strict determines the behavior if one of the sub-units cannot be executed: In strict mode, the execution stops, otherwise, the next sub-unit is executed. The Boolean flag rollback determines whether in the case of a stopped execution previous executions are reverted. Stopped executions are always considered unsuccessful. Otherwise, sequential units are considered successful if they either contain no sub-units or at least one sub-unit has been executed successfully.
Examples: Ecore2RDB, Java2StateMachine, Ecore2Genmodel, Grid & Comb Pattern, Movies 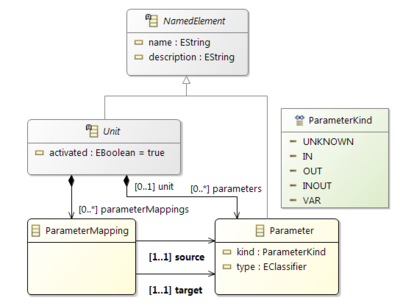