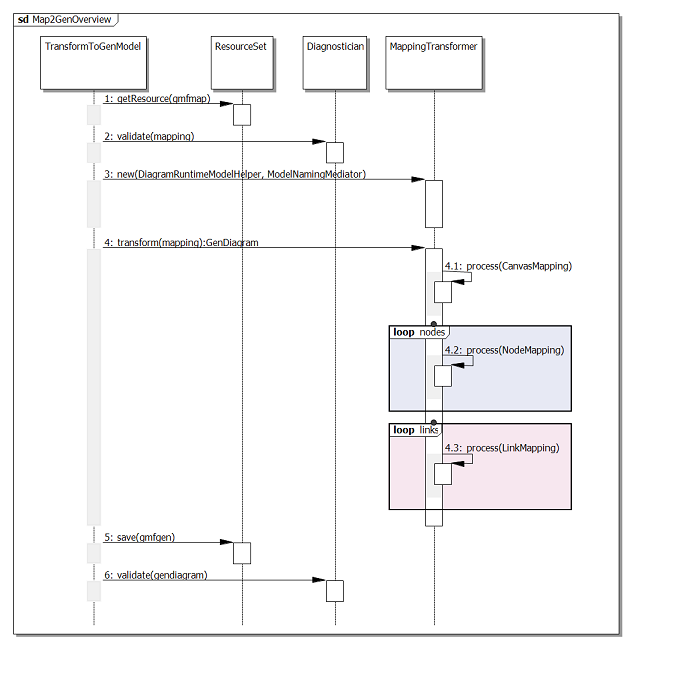 A Look at the GenModel

As mentioned previously, there is still a bit of refactoring being done to the generator model, so the description that follows may not be entirely accurate if you are using a later build of GMF. That said, we'll now to explore the generator model to see what options are available to us, with respect to our ability to control the code generation to follow. 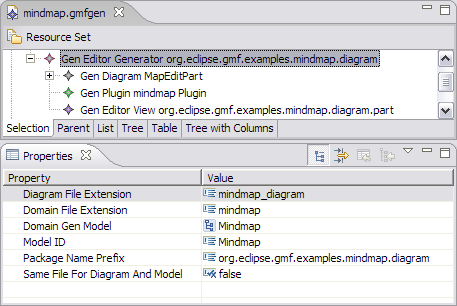 At the root of the *.gmfgen model, you will find the Gen Editor Generator element. This element contains elements for the diagram, the plug-in to be generated, and the editor itself. As shown in the figure, this element will allow you to alter the diagram and domain file extensions, set the package name prefix for the generated plug-in, and opt to store your diagram and domain information in a single file. The last option is set to false by default.

The next element we'll look at is Gen Plugin, as there isn't much to talk about in Gen Editor View. As you might expect, here's where you can set your provider name, the plug-in name and ID, activator class name, etc. If you select true for 'Printing Enabled,' the generator will add a contribution to the globalActionHandlerProviders runtime extension-point allow you to print your diagrams. With the property set to false, the print option will be disabled. Note that printing is currently available for Windows.