UFacekit is a proposed open source component under the Eclipse Incubator project. UFacekit's purpose is to:

UFacekit was started a year ago by James Strachan and Tom Schindl (Angelo Zerr and Kenneth Westelinck joined the project later) with the following set of targets:

UFacekits scope is to develop highlevel API and framework modules to develop applications in a widget-toolkit independent fashion which are small and easy to extend (e.g. create an implementation for other widget-toolkits, use different widget types, Nebula-Grid instead of SWT-Table). UFacekit differs in this scope with SWT as it won't provide access to lowlevel drawing operations like GC but only provides the minimal needed subset of methods needed to develop applications which makes the task of extending and porting to new technologies easier.

UFacekit is designed in a modular way as OSGi-Bundles to use its subcomponents with a minimal set of dependencies. For example, if a developer only wants to use Eclipse-Databinding in his/her project she will only use the Swing-Observables-Bundle, if he/she only wants to use a light weight model implementation he/she only takes the UBean-Bundles.

As already mentionned all UFacekit deliverables are packaged as OSGi-Bundles. By following the OSGi-standards it can be used with any OSGi implementation following the standards (Felix, Knopplerfish, ...). 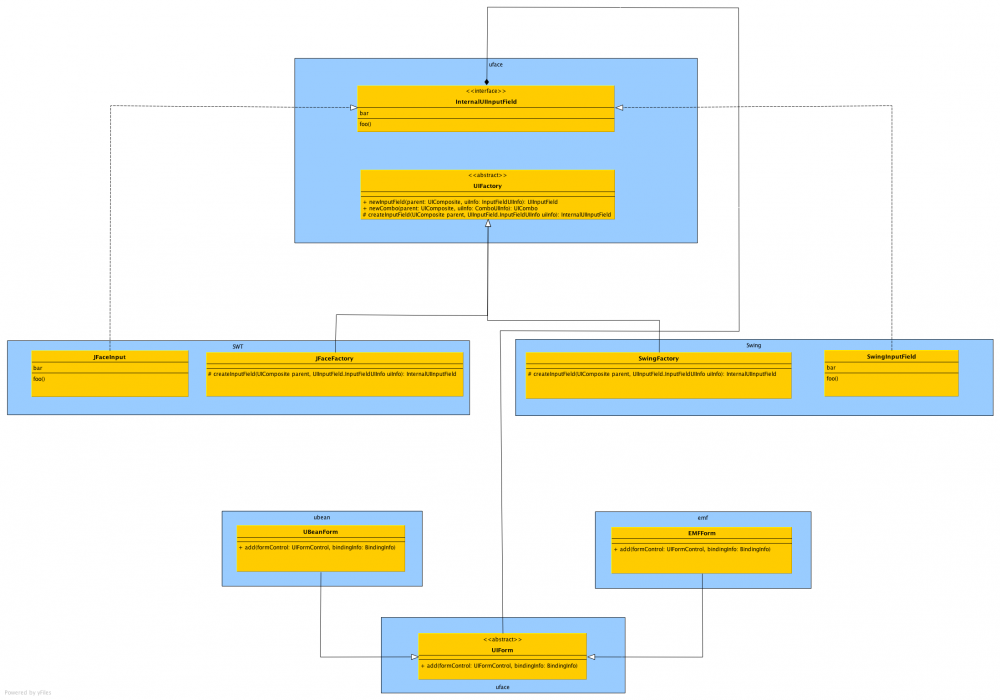 The above design keeps the UI code free from the toolkit Code and holds as few information as possible about the modeling technology (maybe this could be removed completely in the future).

The following screenshots are based on the exact same code base, the only difference being the initial composite (the Shell used as a root). 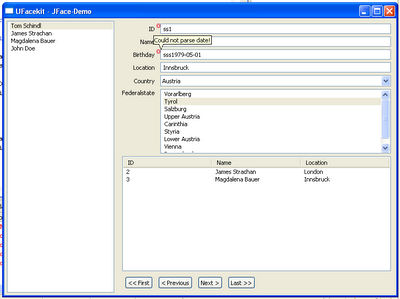 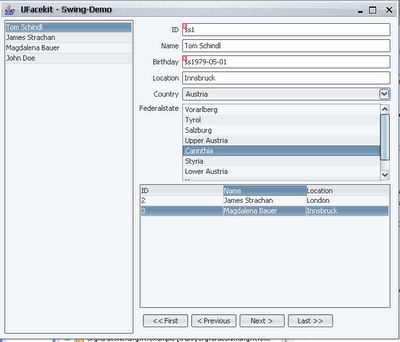 MyGWT (ancient and has to be rewritten) 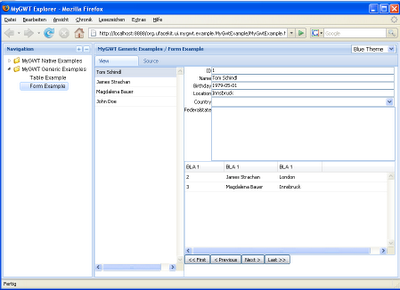 Relationship with other Eclipse-based Projects

UFacekit has a strong relation to the following projects:

Q1 - 2009: Milestone 2 (all objectives for an initial version implemented)