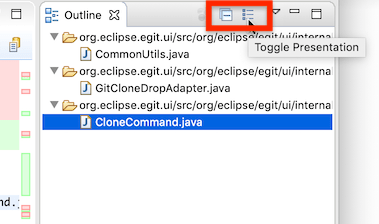 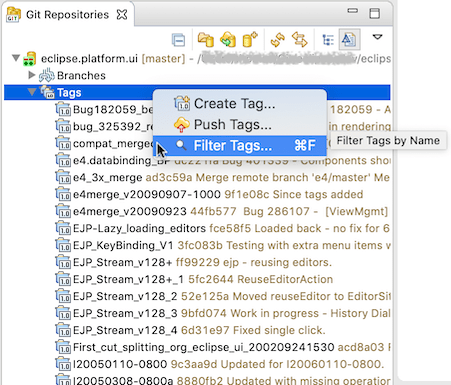 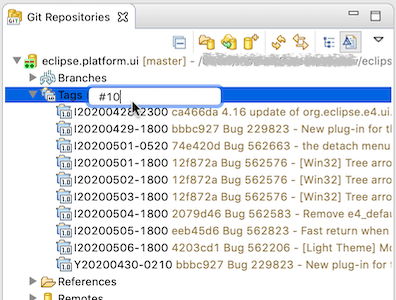 If the user hits <return>, the filter pattern is saved. <ESC> cancels the filter change. The filter is persisted and will be re-applied when Eclipse is re-started. Different repositories can have different tag filters.

A filter can be removed by clearing its filter expression: all tags will be shown again.