Checking out files from a commit 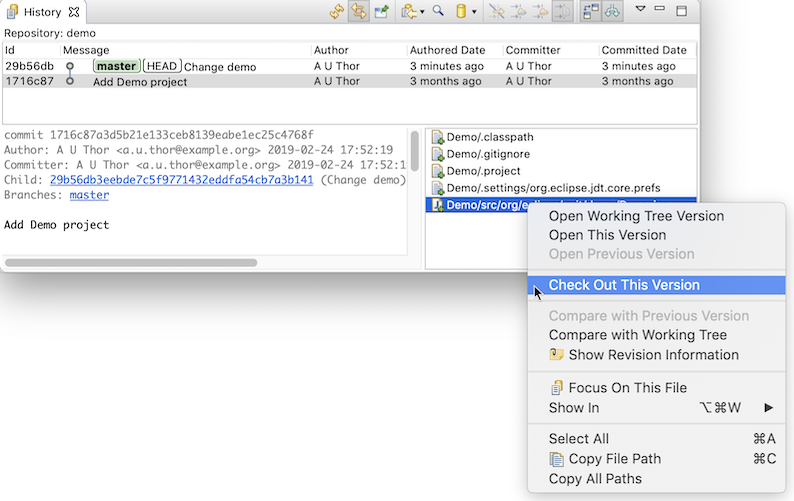