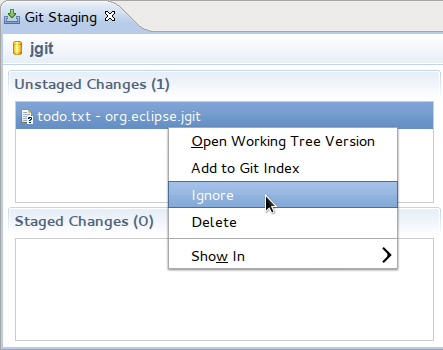 For example, when the label decorations are configured to not show any text decorations, but instead use an icon for the "dirty" state (bug 390297): 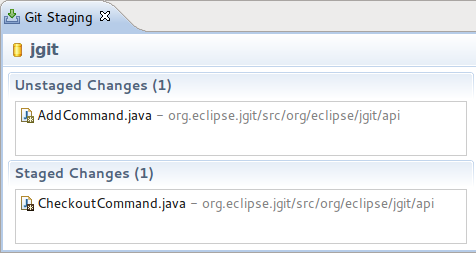 "Commit" and "Commit and Push" buttons in Staging view 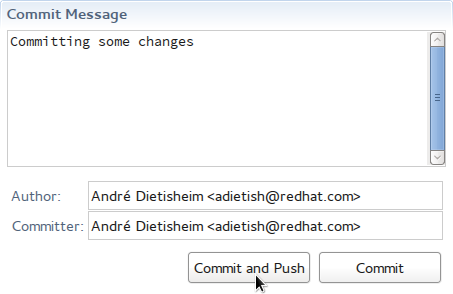 Staging by drag and drop of resources from navigator views (e.g. Package Explorer) 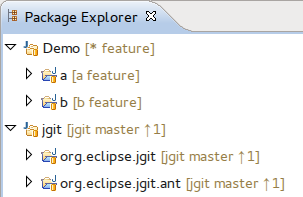 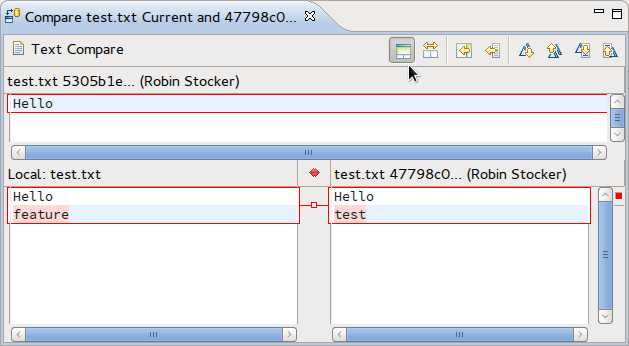 Instead of doing a full refresh each time the Git index changes, index diff updates are now done incrementally. This leads to a noticeable performance improvement when working with EGit. (bug 393642)

The following people worked on this release of EGit: