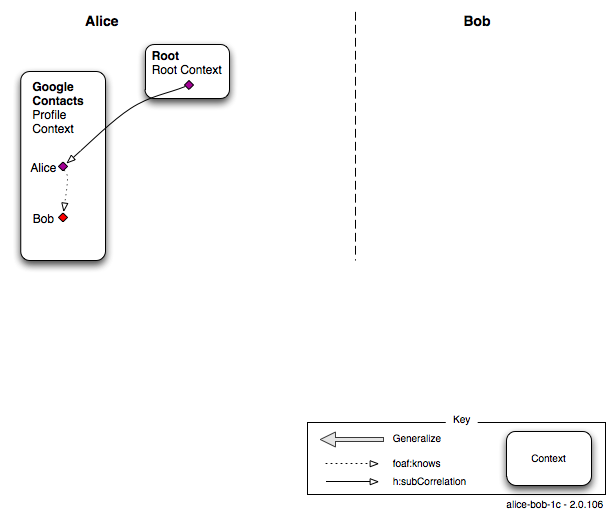 Since no h:correlation link exists between Alice's root entity in the root context and the root node in the Google Contacts (GC) context, then this correlation needs to established.

This involves creating the h:correlation link itself as well as walking the graph from the root in the Google Contacts context and merging it into either a new or an existing persona context under the root (aka RootMe) node. 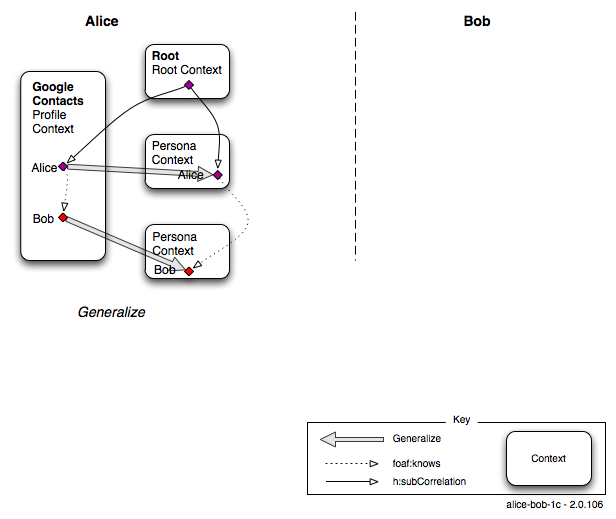 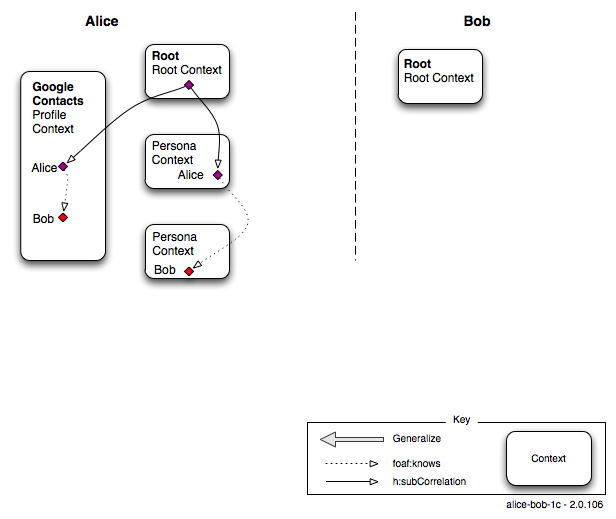 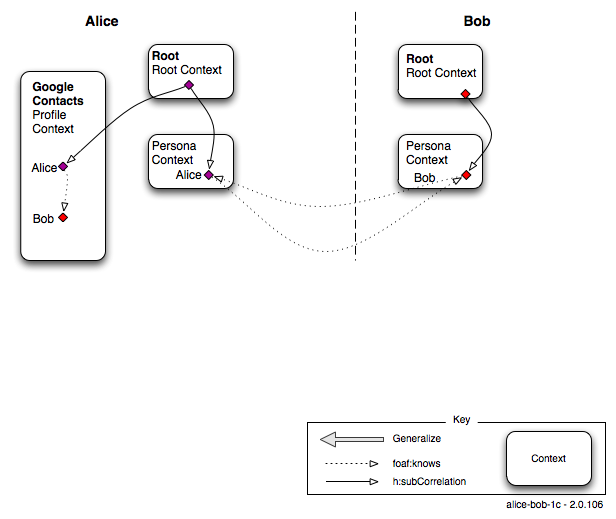