Make sure your Git system settings contain the property core.autocrlf=true. This is very important so that neither you nor other developers (or the Hudson build) ends up with lots of changed files directly after checkout or, even worse, commit/push wrong line endings. Here's a screenshot of the setting in EGit: 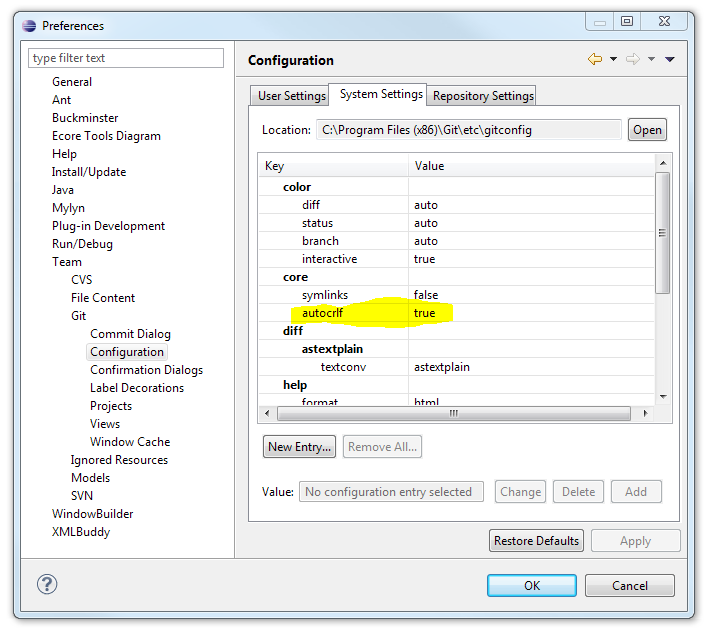