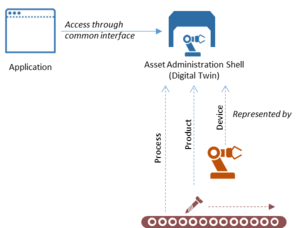 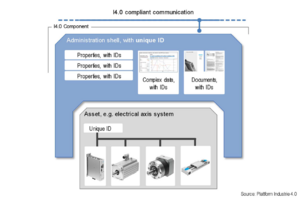 Every AAS communicates via a HTTP/REST interface that implements the BaSys Industrie 4.0 communication API

An Asset Administration Shell is accessible via Industrie 4.0 compliant communication. For BaSys 4.0 and Eclipse BaSyx, all AAS are accessible at least via a defined HTTP/REST interface. However, individual AAS may provide additional means of communication, to support for example high throughput communication or required protocols for specific contexts. 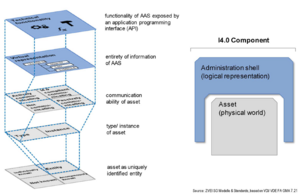 Common layers of an AAS include access to AAS specific functions, but also generic access to operations and properties, as well as communication

The AAS turns an entity into a manageable Industrie 4.0 component. It is the logic representation of an Asset in the digital world. In addition to the common AAS interface, an AAS may implement a specific, asset specific API that eases access to Asset Data and services. The AAS provides access to the entirety of information regarding an Asset. The AAS itself provides generic information, AAS sub model provide more detailed. An Asset Administration Shell enumerates AAS sub models and provides access to them. Asset Administration Shells resemble the communication abilities of the underlying asset. Assets may be active or passive, and therefore, AAS may be active or passive entities as well. 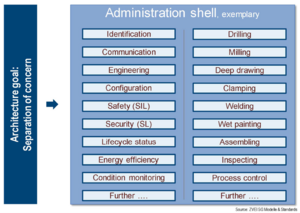 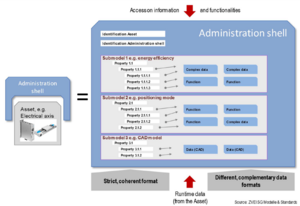 AAS and sub models structure information in a tree of properties

An Asset Administration Shell and its sub models may be distributed through the system. While the AAS resides for example on a server to ensure its presence in case of device failures, sub models may be deployed to the physical device. If the sub model provides access to frequently changing data, its deployment to the device may be the best solution, as otherwise a steady stream of data needs to be transmitted from the device to the sub model location. The distributed AAS approach enables the use of AAS and sub models as decentral data storage and unified interface to data sources. Static data, databases, and tools may be equipped with a sub model interface to provide various kinds of data as AAS sub models. 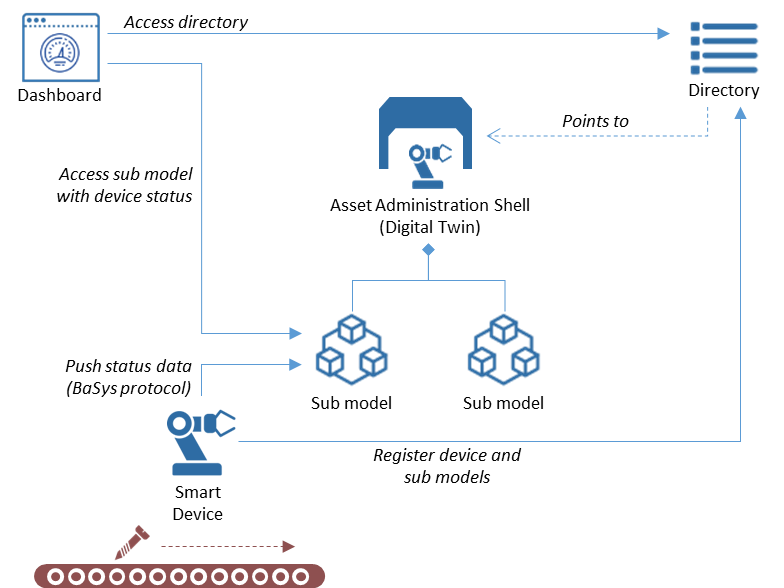 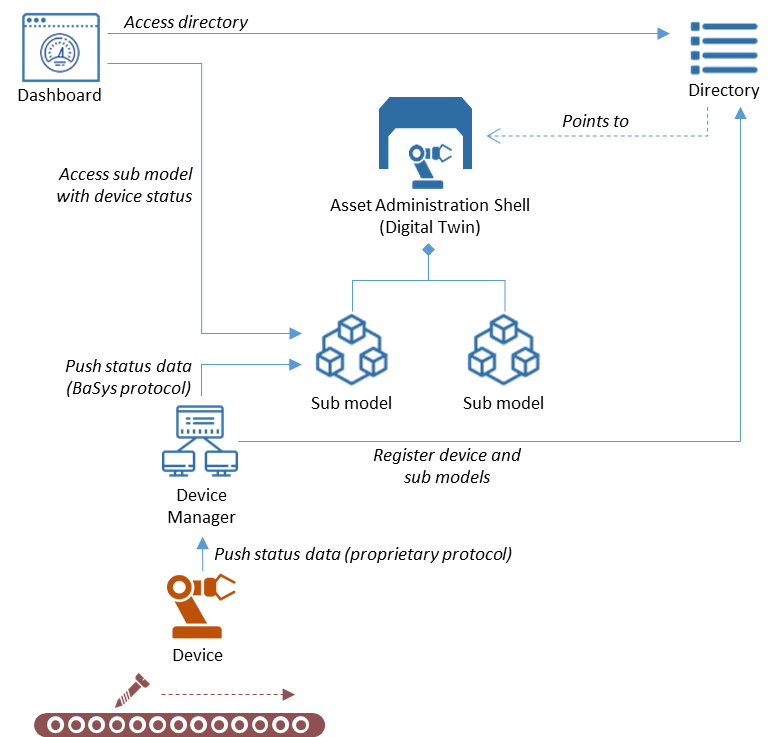 The second scenario differs from the first scenario in one aspect: the integrated device is not a smart device, but a legacy device that supports no Industrie 4.0 communication. An explicit device manager registers the AAS and sub models of the device with the directory of the BaSys middleware, communicates with the device using native protocols, and pushes data into sub models of its device. 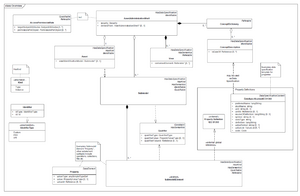 The AAS meta model describes the structure of the AAS. It is defined by the Platform Industrie 4.0, the exact meta model definition can be downloaded from the Platform Industrie 4.0 as "Details of the Asset Administration Shell - Part 1". Eclipse BaSyx provides a reference implementation of the AAS standard. The following descriptions are adapted from that document. Every AAS at least defines the properties described in the AAS meta model.

The following tables describes the attributes of each meta class. Type descriptions and tables were adapted from "Details of the Asset Administration Shell - Part 1". The security attribute and associated security concepts of the AssetAdministrationShell type will be covered in a specific HowTo document. The meaning of table columns are as following: