This page describes the architecture of the core components planned for Higgins 1.0

Client apps and services that use these core components are expected to include:

Note: In this diagram "PI" means a plug-in. 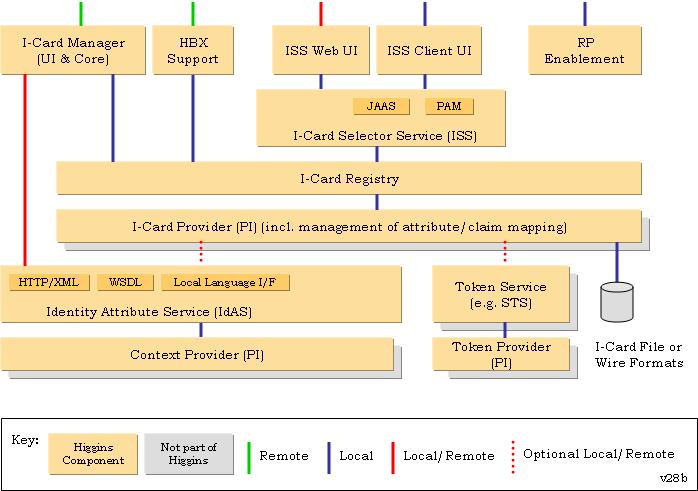 Recent changes to the diagram