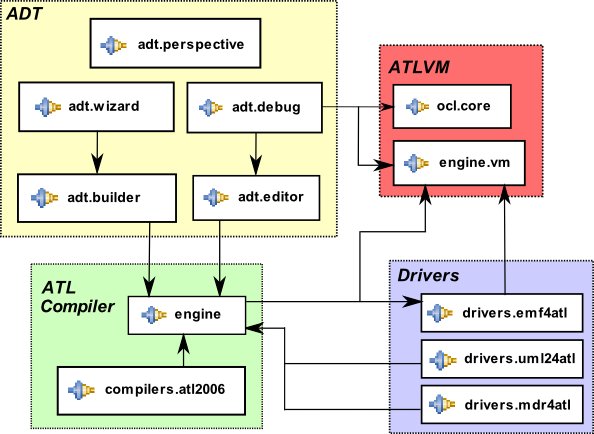 Today, ATL dependencies have been strongly reduced : ATL only needs ANTLR-runtime library, which is compliant with Eclipse IP policy and included into ATL source code. The MDR library is only necessary for the MDR Model Handler. According to the fact that most of people uses EMF Model Handler (which seems to be more powerful), MDR Model Handler has been separated into a single feature, which is not natively required for ATL.