Difference between revisions of "152855"

The following needs to be discussed and improved...

The user profile is used both at i-card broker and at RP site. So there are user's personal data on two different sides. So changing a profile at one side means that those changes should be seen on the other side. That is why it was decided to get some kind of synchronization going. It is needed to be able to keep the two user profiles, the one at i-card broker and the one at RP site, in sync.

A number of scenarios need to be considered:

1. HBX user has an i-card and lands on RP site's edit profile page the first time, HBX detects the RP site and requires the user info from i-card broker for this site 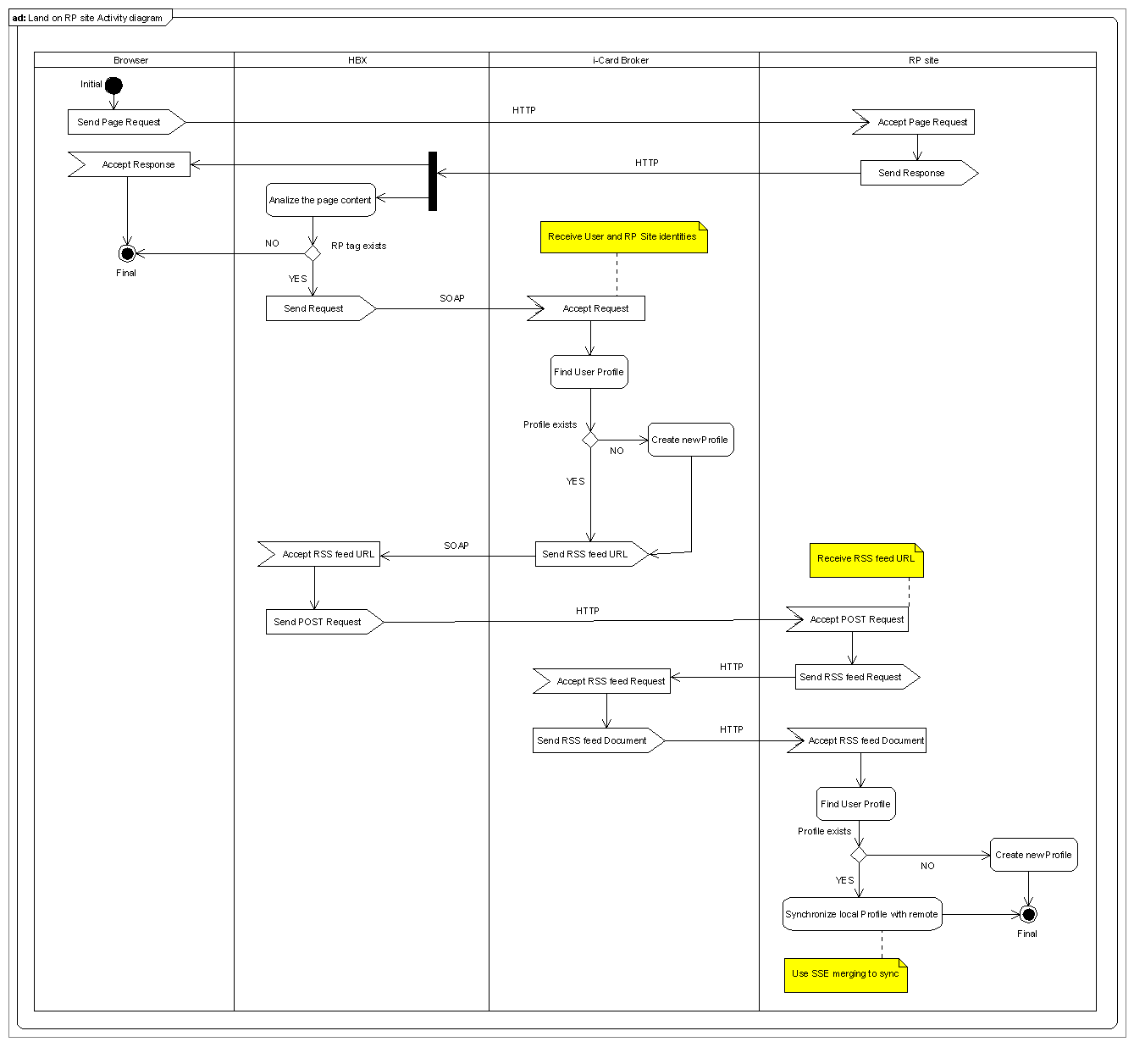 2. If user changes one or more fields of their profile info on the i-card broker then broker sends the notify message to the corresponding RP site and it could decide to synchronize with i-card broker's profile (the same as at p.1.2.1). 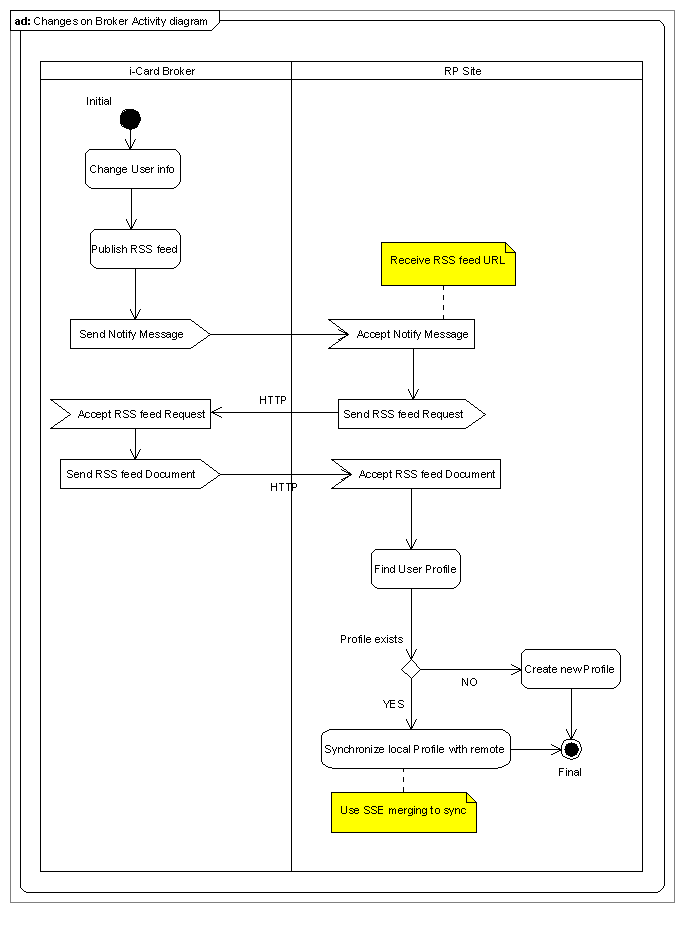 3. If user changes their profile on the RP site's edit/view pages, then the RP site should notify the i-card broker that the user has changed profile info and then that info will be synchronized (between RP site and i-card broker) through RSS channel. 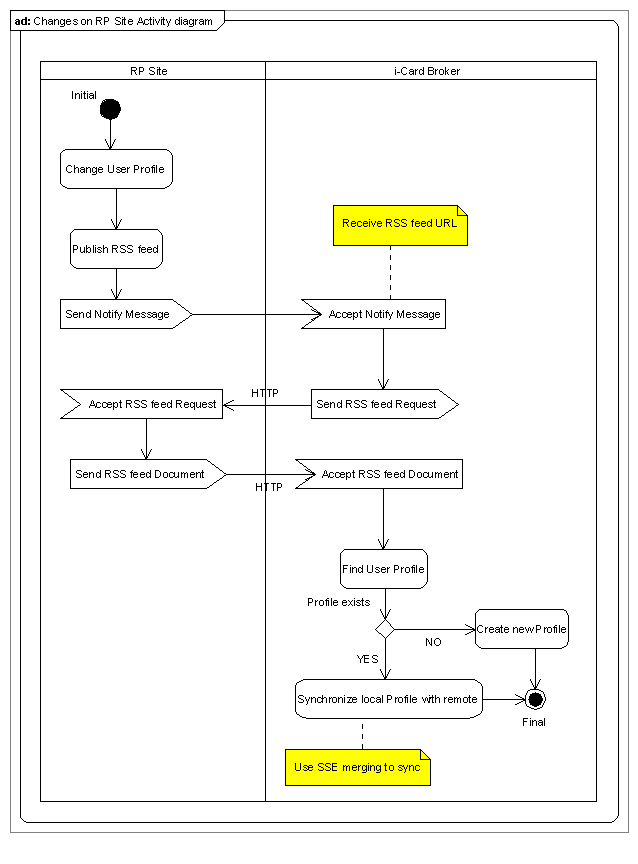