Note:
The contents of this page are old and deprecated.

Jetty has its source control on dev.eclipse.org, which is accessible via two different URLs.

You now have the codebase in git format to work with.

Note:
You execute the "git svn clone" command only once. See the section below, Using GIT From a Subversion User Point of View, to learn about other git commands.

We recommend these Eclipse plugins:

Build the checked out codebase on the command line to make the various dependencies available for use in Eclipse. See Building for details. (This is likely to improve in the future with more m2eclipse plugin releases).

To import Jetty into Eclipse:

Using GIT From a Subversion User Point of View

Git, like Subversion, is at home on the command line. Unlike Subversion, Git can operate entirely without network access. When you modify files and commit your changes, you are only commiting them to the local Git repository that you have recently checked out. Those changes do not exist outside of your own personal Git repository.

The Git - SVN Crash Course is a good reference for those familiar with Subversion, but new to Git. The crash course gives a comparison of popular Subversion commands and what their Git equivalents are.

Here are a few of the most common git commands. 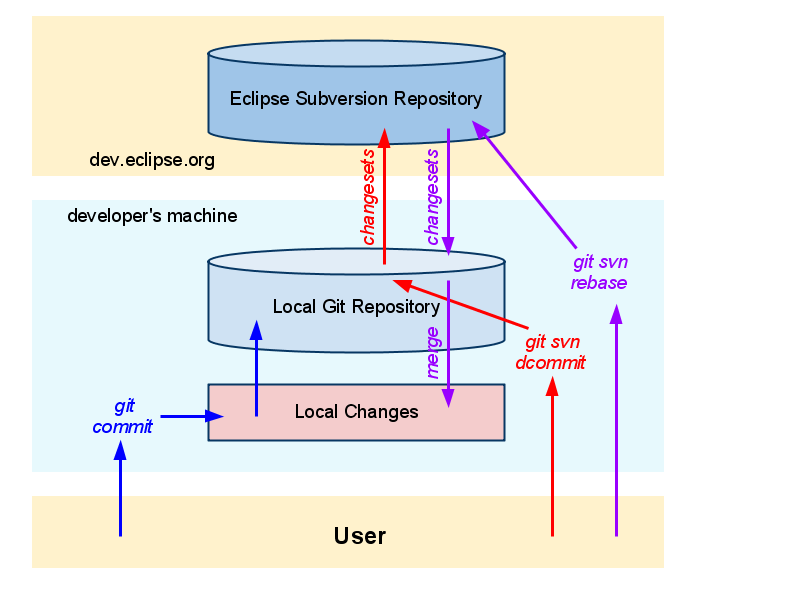 This page was last modified 15:02, 16 March 2012 by Jesse McConnell. Based on work by Shirley Boulay and Joakim Erdfelt.