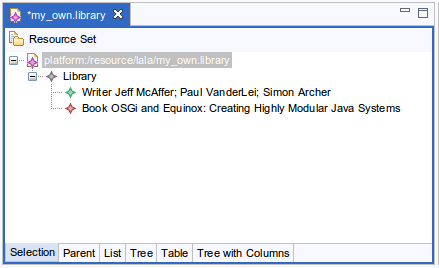 The non-UI part of EMF works with RAP out of the box. With the aid of the following bundles, EMF models can be created and accessed.

Even though these bundles express an optional dependency on org.eclipse.core.resources, this dependency isn't required at runtime. As of the Indigo release, these base features (along with a couple of others) are built independently of the rest of the core and are included in a "EMF Base Framework" feature.

Since 2.6 M6, EMF provides branches of it's UI/Edit framework for use with RAP (details are documented in bug 213988). The necessary bundles are available from the EMF software repository and can be used together with the RAP runtime (> 1.3 M6).

The following sections ouline the basic steps to run EMF on RAP. The Ecore and Genmodel of the Library Example used throughout this page can be downloaded here

In order to develop applications for EMF and RAP, you will need to install two features into your IDE:

The minimal runtime consists of EMF for RAP and the RAP runtime itself. To set up the target platform, the most conventient way is assemble it directly from the Helios software repository:

The following features are interesting for you:

Both of them are contained in the EclipseRT category. Note also that, as of the Indigo release, the "EMF Base Framework" feature must also be installed from the Modeling category.

EMF for RAP and the RAP runtime must not be installed into the IDE, it will break the IDE. 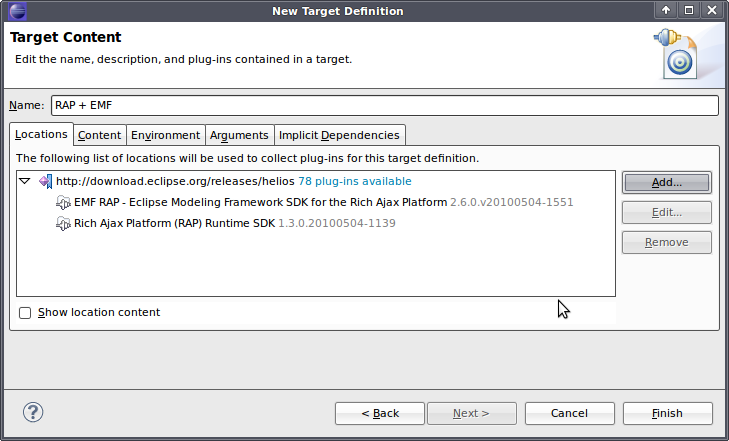 Please make sure to uncheck the "Include required software" option when adding the features from the repositories.

Configuring EMF and RAP as Runtime

Open up the Properties view on your .genmodel file and set the "Rich Ajax Application" from the "Editor" category to true. 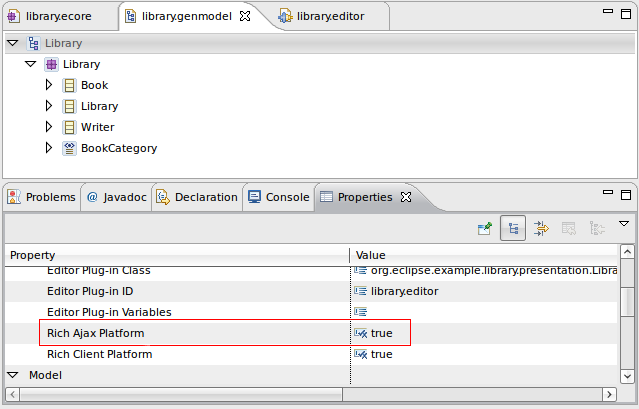 After that you can generate your edit and editor code.

You can now launch the application via it's generated org.eclipse.core.runtime.applications extension. Just use the LibraryEditorAdvisorApplication entry point. 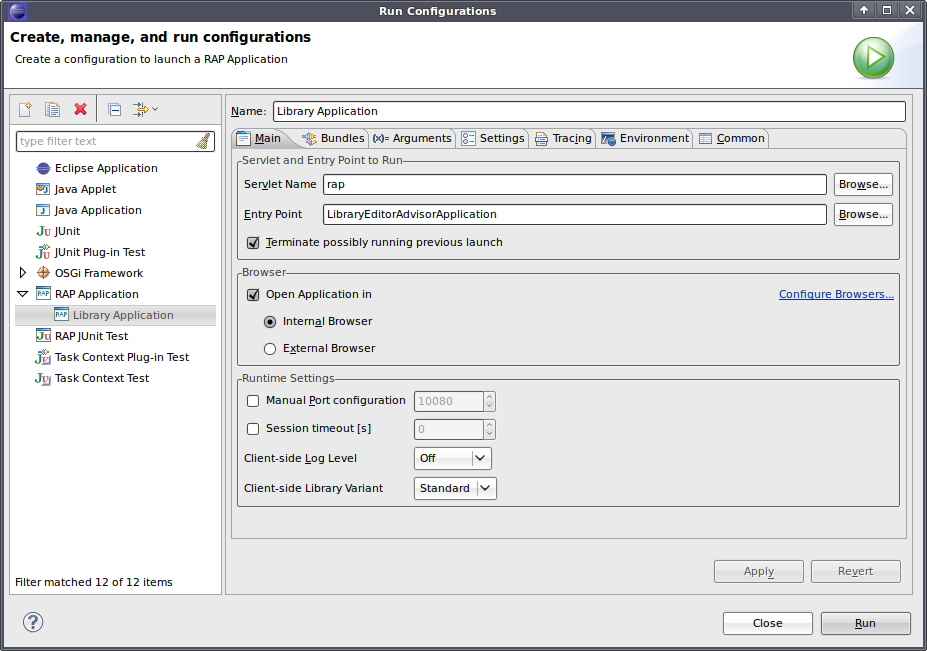 This page was last modified 11:18, 5 April 2013 by Markus Knauer. Based on work by Tim Buschtoens, Kenn Hussey and Elias Volanakis and others.