Imagine a scenario where the generic user never needs to go the facet selection panel. Imagine a scenario, where out of the box, the user just picks a pre-canned product project configuration and then hits finish from the first page of the new project wizard. Imagine a scenario where an advanced user maybe could have a team with one facet guru, who would be responsible for defining the custom configurations his team would use on a day to day basis to create faceted projects. This guru would open a configurations editor in the workbench preferences, select the facets he wants, save that configuration, and then export it using workbench preferences. Other team members could then import the configurations and decide which ones they want to show up in their new project wizards. Then, all they ever need to do is select the appropriate configuration from the first page of the project wizard and theoretically, hit finish right from there.

Please note the following screen mock-ups are not meant to be of pristine quality, but rather general thoughts on direction to take the wizards. It is understood visual clean up is necessary. 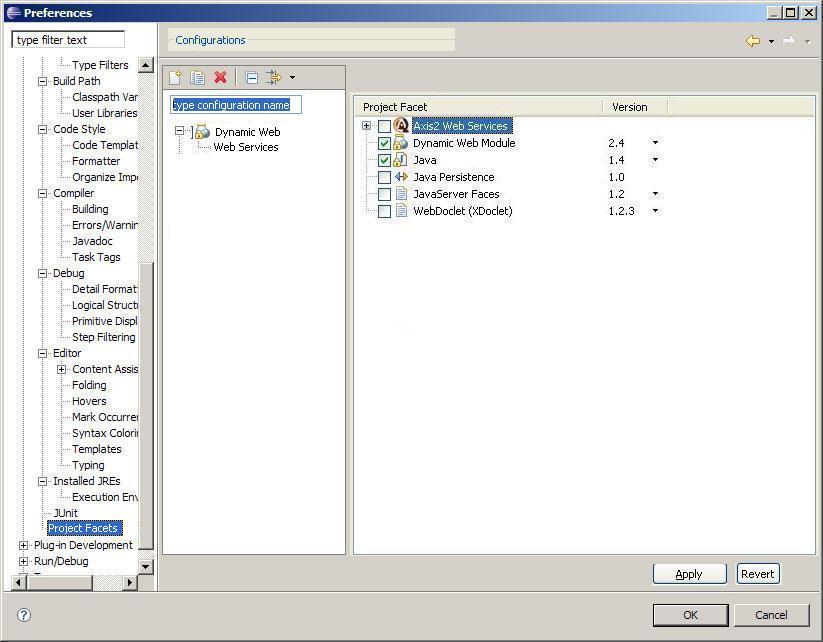 Back to Web Tools Wiki Home