The model-driven development is a new direction in information technology. The Object Management Group (OMG) has a proposal for this idea, called the Model-Driven Architecture (MDA). It suggests that the development of softwares should be done by platform independent models (PIM) which have to be transformed to platform specific models (PSM) and finally, we should generate the code of the application by these platform dependent models (Fig. 1). 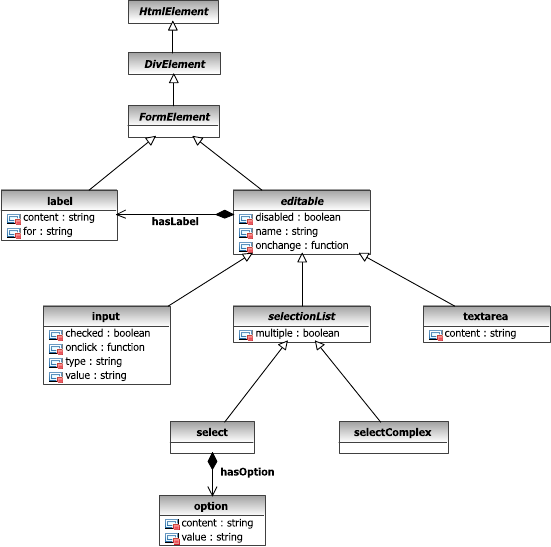 Fig. 2: part of the HTML metamodel

Fig. 3: part of the Java metamodel

Following the idea of the model-driven development, the first transformations, called ajaxPSMPages and ajaxPSMApp, iterate through the PIM and create the platform specific ones (i.e. the PSM of the web page and the application stub). The Fig. 4 shows the rule transforming the platform independent selectionList into the select model element, which represents the SELECT tag of the HTML specification. 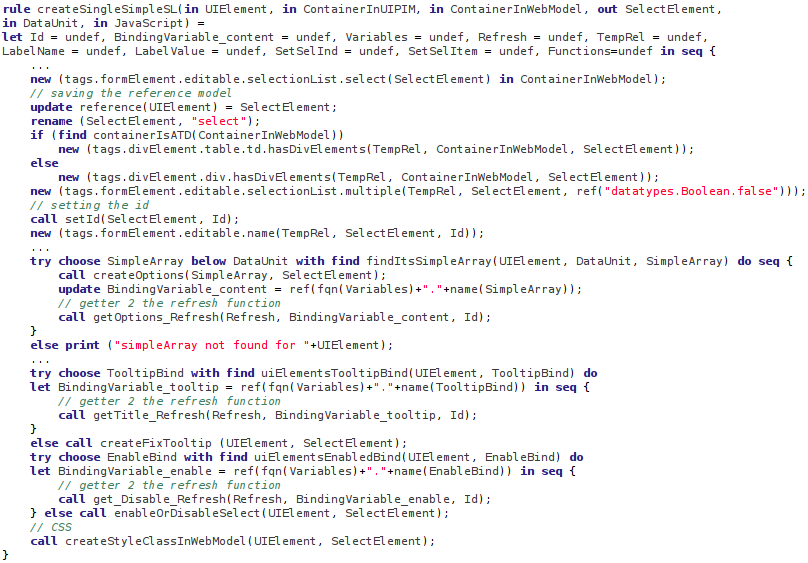 The code of the HTML pages and the Java application is generated from these platform specific models. A rule of the ajaxCODEPages transformation, which prints the SELECT tag, can be seen on the Fig. 5. 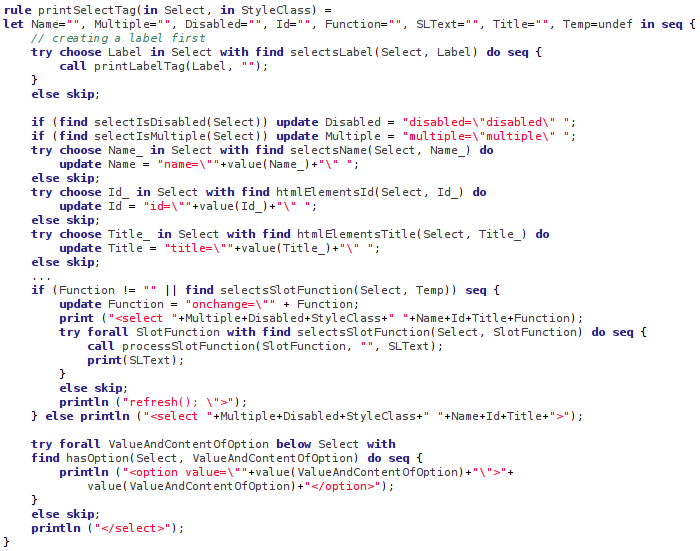 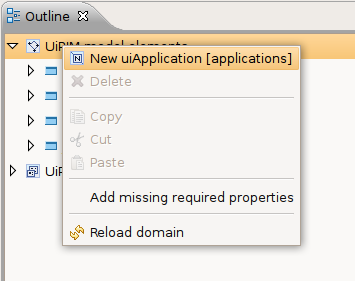 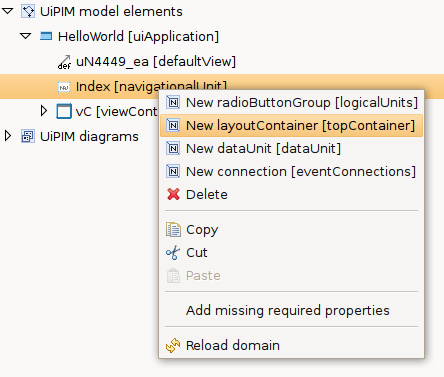 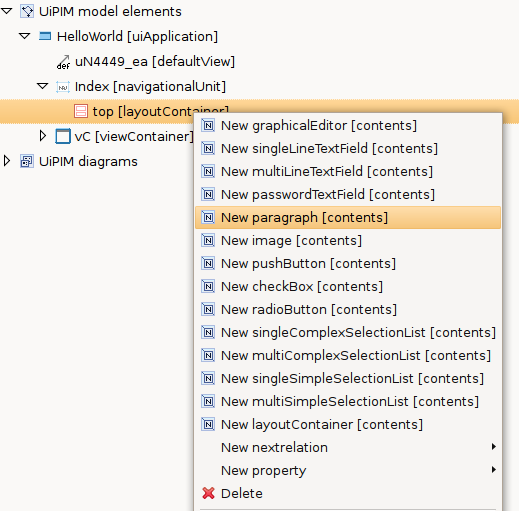 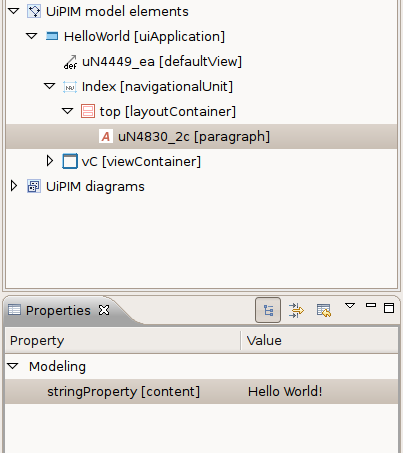 In this example we will create a simple application, starting with the platform independent model, which we will transform into the PSM and finally, the code is generated by the transformation iterating through these PSMs.