sensiNact is available as a gateway providing functionalities to ease the development of applications involving local and remote devices. All the functionalities are available using an open REST API which allow the integration of the gateway into wider systems. 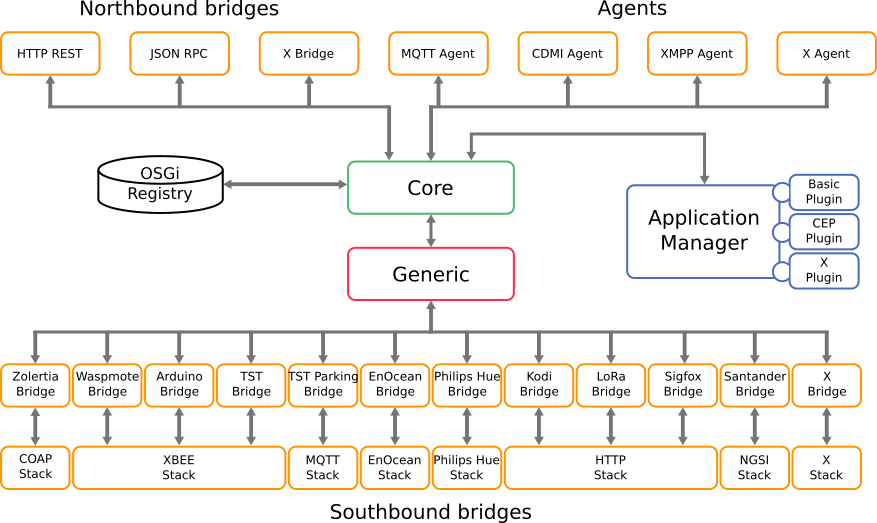