You need to clone all repositories that you need for your daily work. Because we are using Gerrit for code review, you need to setup this as well. 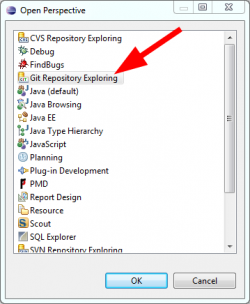 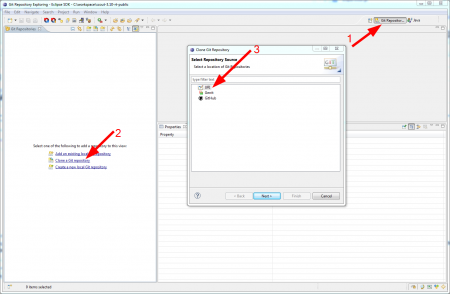 The GIT url is listed under Clone on the webpage of the repository: http://git.eclipse.org/c/scout/org.eclipse.scout.rt.git/. Since we are interested in the develop and release/3.9.1 (Kepler SR1) branches, we only select these two branches. 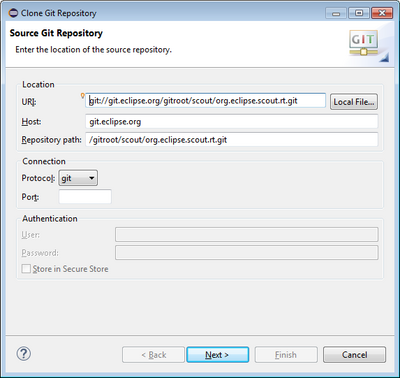 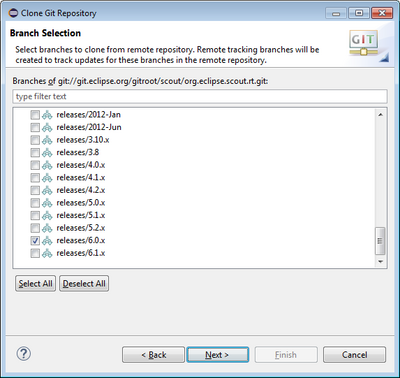 The Scout RT GIT repository will be cloned to a local destination. Choose C:\Users\<username>\git\<repositoryName>. Choose develop as the initial branch and enter origin to reference the remote GIT repository. Finally, click on Finish to clone the Scout RT repository. 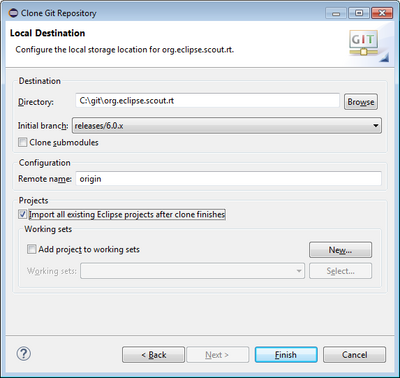