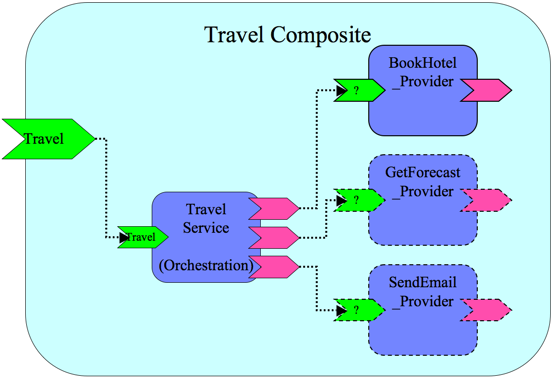 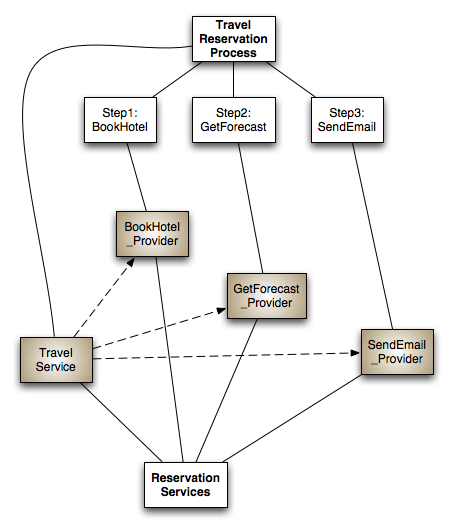 The generated Service Class, "Reservation Services" will contain all the generated placeholder services as well as the orchestration service "Travel Service". 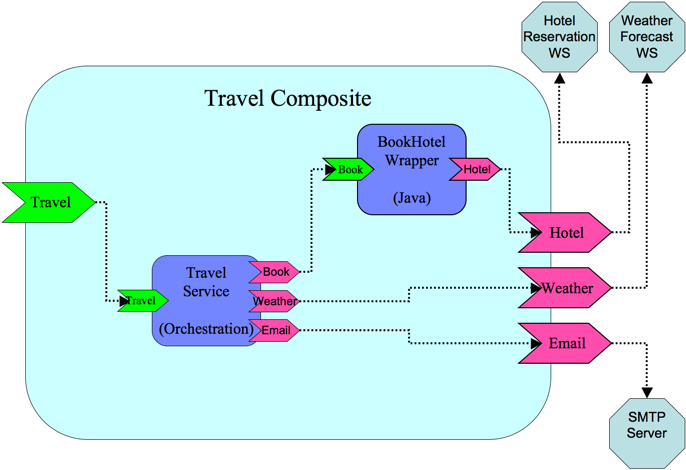 The system deployer decides that a JBI-compliant ESB would provide a good platform for the resulted system and decides to open-up a JBI-specific editor in Eclipse STP. Note that an SCA runtime could have been chosen as the execution platform, in which case the diagram in the previous section would have been directly used to generate the deployable artefacts. Moving to a JBI runtime requires the definition of service units and their deployment onto appropriate binding components and service engines. Based on binding definitions from the previous step (not shown in the previous SCA diagram), the JBI editor is able to automatically present a potential infrastructure configuration, as below. File:Jbi-config.png