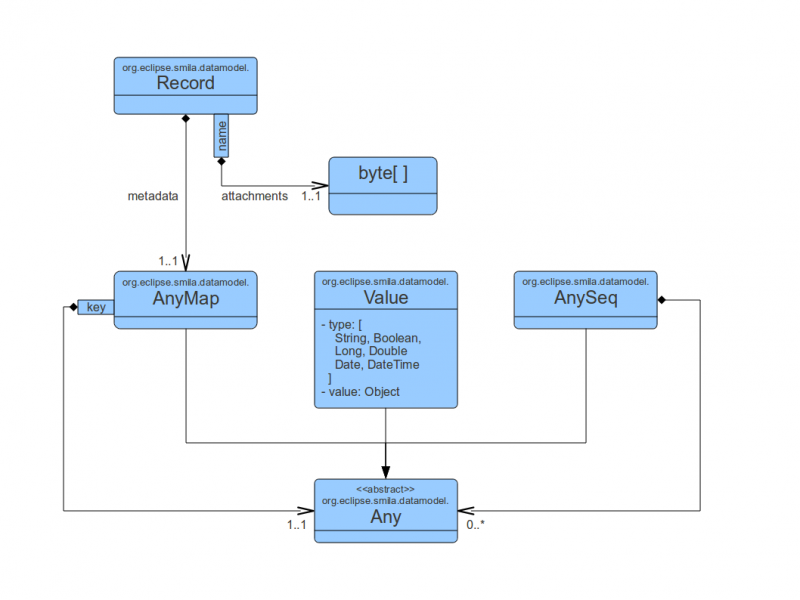 Every entidy consists of up to three parts. The first part is a one byte token which describes the following data type and in case of a string type this token is followed by a data length information (second part). The last part is the information itself (except for the boolean type which is stored within the token).

Only scalar types are supported by the BON format. The current release features the following types: