Difference between revisions of "Recommenders/Attic/New and Noteworthy/0.1" 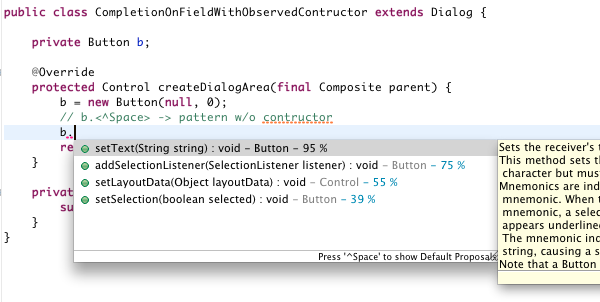 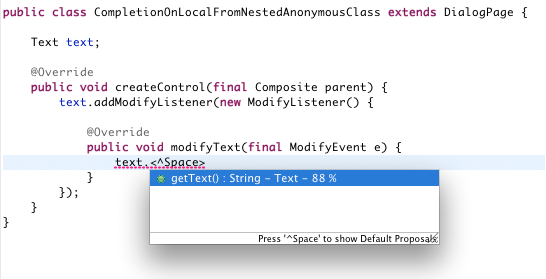 Code Recommenders performs several static analyses on your code whenever you save your editor contents. However, sometimes you work a while with a dirty editor (i.e., editor contains un-safed changes). If code completion now was triggered on variables added after the last save code recommenders couldn't make any recommendations for these variables. This update now contains an on-the-fly analyzer that performs a flat analysis of your current method body whenever code completion is triggered on a previously unknown variable based on the information it obtains from the JDT AST.

Code Completion's performance has been improve quite a lot. However, the loading of recommender models may take a second and thus may slow down your code completion on the first load. After the models are loaded, code completion usually takes between 10 to 50 ms.

Code Recommenders follows the model of EGit and Mylyn and maintains its user and developer guides as well as its new and noteworthy release notes in wiki.eclipse.org. This allows developers and users likewise to edit and comment on existing documentation. The latest version of these wiki pages are automatically integrated into the latest Eclipse Help plug-in and changes are available immediately to you.