Two vaccines provide protection from disease (paralytic poliomyelitis), but incomplete protection from infection: live oral poliovirus vaccine (OPV) and inactivated poliovirus vaccine (IPV). OPV represents the vaccine of choice for the Global Polio Eradication Initiative because of its low cost, ease of administration, induction of mucosal immunity, and ability to provide secondary protection (i.e., spread to contacts, so called contact vaccination). However, OPV can cause vaccine associated paralytic polio (VAPP) in rare cases and lead to outbreaks with cVDPVs in populations with large numbers of susceptibles. Consequently, following the successful eradication of wild polioviruses, global health leaders plan to eliminate the use of OPV [14]. Minimizing the risks of outbreaks will require coordination of OPV cessation, creation of a global vaccine stockpile, and development of specific plans for outbreak response [15,16]. Many countries will also consider switching from OPV to IPV because it carries no risk of vaccine-associated polio paralysis, but IPV represents a relatively expensive choice and its ability to prevent poliovirus transmission in some settings (notably low-income areas with relatively poor hygiene and inadequate health systems) remains uncertain [5, 6].

The polio model in STEM captures both wild polio transmission and the risks of circulating vaccine-derived polioviruses (cVDPVs) from OPV (OPV reversion) using nine compartments (Fig. 1). Back mutation or reversion is the process that the live virus upon replicating in its human host, may regain its virulence and transmissibility, potentially causing infection in the vaccine and host's contacts.(Fig. 1). 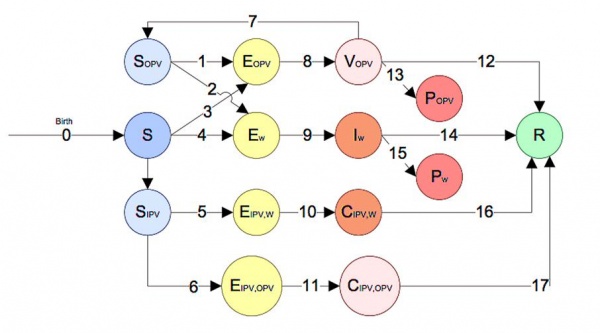 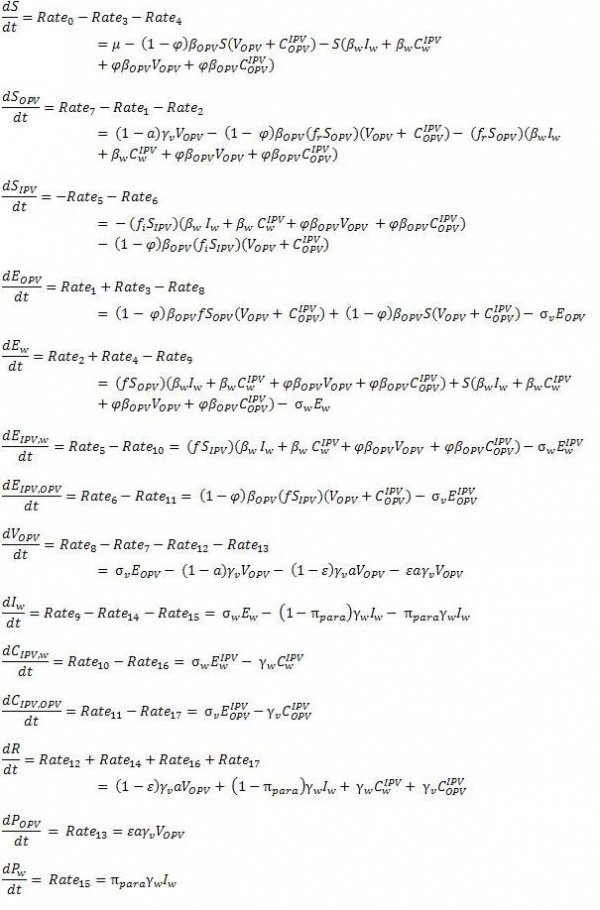