Difference between revisions of "OTJ Primer"

Is this the right level for me?
This page with its sub-pages tries to cover the middle ground, addressing readers who do want to learn the essential concepts of Object Teams without the burden of a detailed scientific discussion. 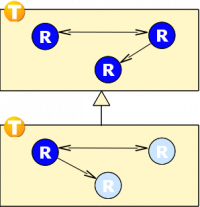