This proposal is in the Project Proposal Phase (as defined in the Eclipse Development Process document) and is written to declare its intent and scope. This proposal is written to solicit additional participation and input from the Eclipse community. You are invited to comment on and/or join the project. Please send all feedback to the http://www.eclipse.org/newsportal/thread.php?group=eclipse.technology.salvo newsgroup.

A traditional medium for asking questions and communicating with peers and experts is through the NNTP protocol commonly referred to as newsgroups but also known as USENET or Newsnet. The NNTP is a client/server protocol which enables publishing of articles or posts which mostly come in the form of Questions, Answers and Announcements. These articles are mostly plain text but can be posted in HTML or MIME format and also include images or other binary objects.

However, access to this powerful medium is mostly through a plugin in e-mail clients and time has come to put a dot on the I in IDE. 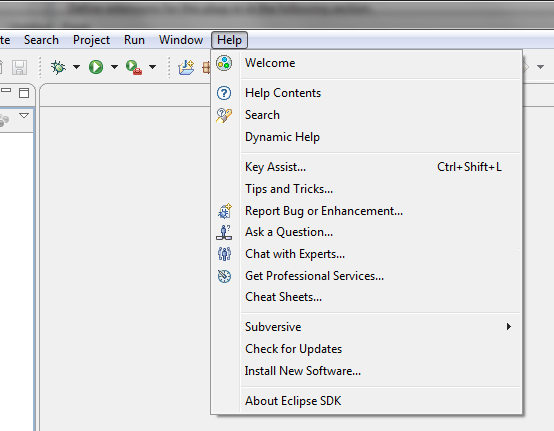 The prototype implementation of Mylar is documented in the EclipseCon presentation. The core Mylar component monitors the developer's editing and navigation activity and builds a degree-of-interest model. It exposes the degree-of-interest API, used by the Mylar UI to provide generic facilities for exposing interest in Eclipse workbench views and editors. These facilities provide interest-based highlighters, filters, sorters, and decorators.

The initial committers will focus on evolving and hardening the Mylar model by delivering support for Java development. Our agile development process will follow eclipse.org's standards for openness and transparency. Our goal is to provide the infrastructure and APIs needed to integrate task and degree-of-interest centric UIs to any Eclipse plug-ins whose users experience information overload. As such we will actively encourage contributions to Mylar. We also plan to help improve the Eclipse platform by submitting patches and extension point suggestions. The initial committers are:

We expect to extend the initial set of committers by actively supporting a developer community. The initial community outside of UBC will include Margaret-Anne Storey's CHISEL lab, which is planning to extend Mylar to their work on software visualization. We have two additional developers working on Bugzilla integration, and will be working with CDT developers to extend support to C/C++. Our goal is to have the initial developer community harden the core Mylar APIs to the point where it is easy for any other plug-in to incorporate the technology, and we will encourage all active contributors to become committers. We will make it easy for interested parties to take an active role in the project by making our planning and process transparent and remotely accessible.

Mylar is a new technology that promises to improve the user interface and interaction model of Eclipse. As such, supporting and soliciting feedback from a large user community of commercial developers is critical to creating a scalable model and usable UIs. We plan on doing this by using the standard eclipse.org mechanisms of supporting an open project and community of early adopters. In addition, we will collect user feedback in the form of remotely conducted user studies. These will take a similar form to the one reported on in the AOSD 2005 Mylar paper, and will involve users sending their feedback and usage statistics on a weekly basis. This data will provide us with detailed information on view usage, navigation patterns, and the accuracy and predictability of the Mylar model.

Since the EclipseCon presentation over 75 people have signed up for the summer user study. Those individuals will form our initial user community. With the input of the study we plan on tuning the Mylar model and UIs, and subsequently growing our user and developer communities. For information on the user user study please refer to the Mylar page.