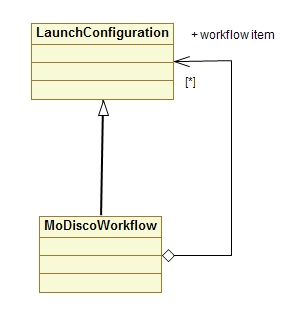 However we had some requirements to be able to implement such workflow mechanism:

The first step was to add the MoDiscoWorkflow as a launch configuration. So we followed the eclipse help and provided two classes (one for the type and one for the tab group). 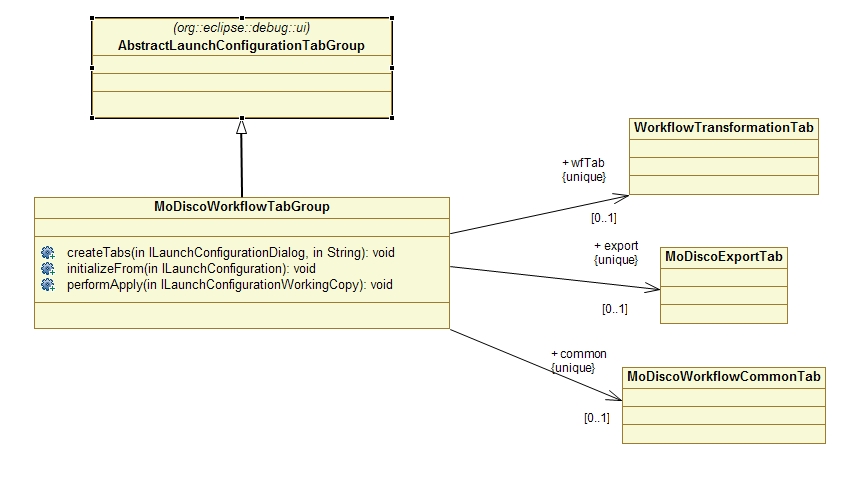 The second step was to retrieve the list of existing launch configurations. So we created a dedicated wizard and get the list of existing launch configuration from an instance of org.eclipse.debug.core.ILaunchManager. Instance provided by static access DebugPlugin.getDefault().getLaunchManager(). Using this API, we were able to retrieve an array of ILaunchConfiguration which prodides us enough informations (type, name).