A subpart of KDM Source model is extended for linking the SourceRegion concept with non-KDM elements, via the ASTNodeSourceRegion metaclass.

Moreover a recurrent pattern, in such a model composition, is to link KDM SourceFile with a code model element. Such a link is represented with CodeUnit2File metaclass.

Given a particular code metamodel (Such as the Java one), MoDisco proposes to extend KDMSourceExtension to define a metamodel composition between inventory models and code models.

How to develop a discoverer for the composition metamodel

A kdm.source model can be discovered using the [KDM Source discoverer]. Note that such a discoverer only provides a representation of files/directories. It does not instantiate SourceRegions subclasses.

A discoverer for the related code model is a prerequisite. The [Java Discoverer] is an example. Such a discoverer is not supposed to instantiate SourceRegions subclasses. To avoid ambiguity, we will talk about it as a "leaf code discoverer".

In most cases, code discoverers have access to physical localization for each portion of code that is modeled.

There are two ways for a composite discoverer to catch such an information when invoking the leaf discoverer :

AbstractRegionDiscoverer.notifyRegionSourceVisit must be called when appropriate from inside the leaf discoverer.

The [Java discoverer] implementation class illustrates such a pattern application. 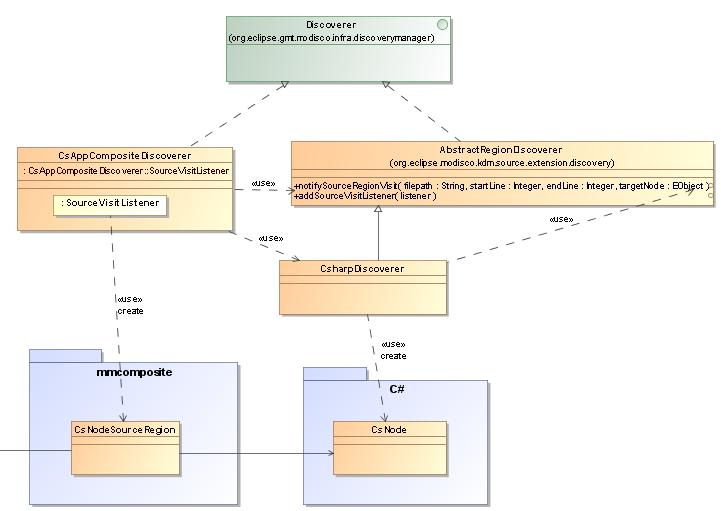