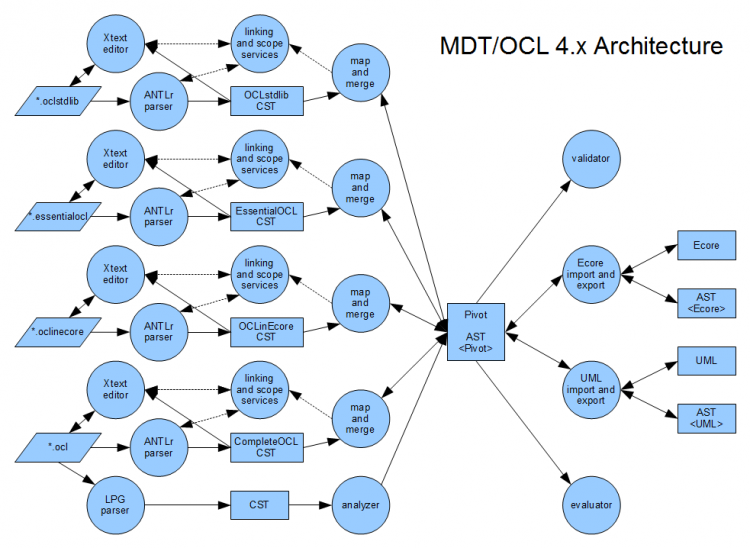 The Pivot Model isolates the details of the UML or Ecore (or EMOF or CMOF or ...) meta-model representation, so that alternate formats can be accommodated without impacting the core of the architecture and without problems regarding heterogeneous model representation references.