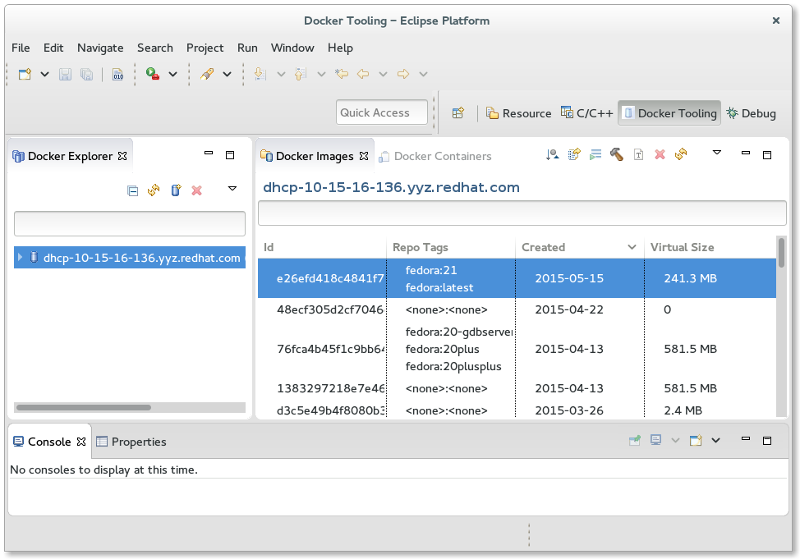 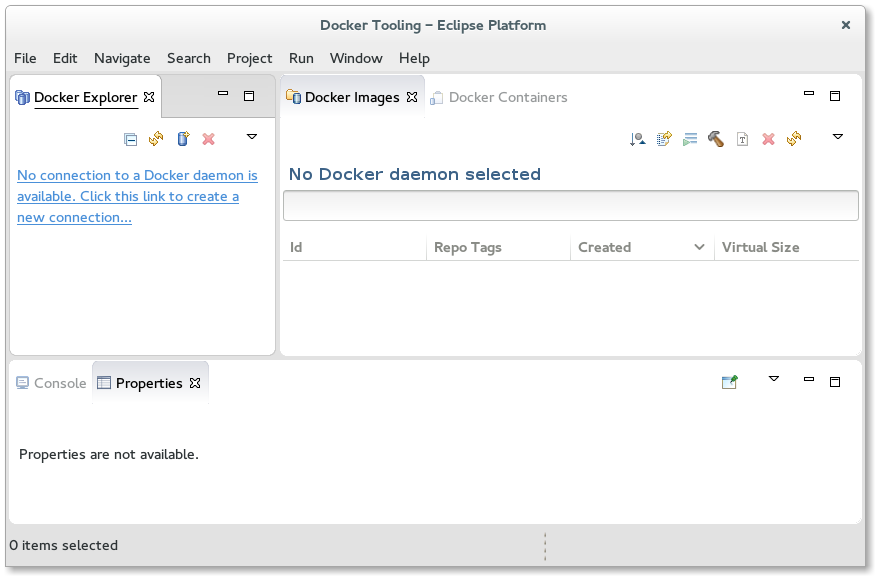 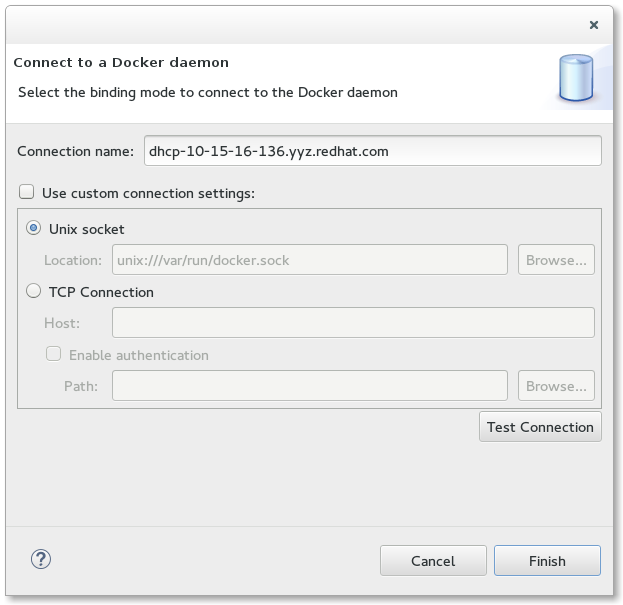 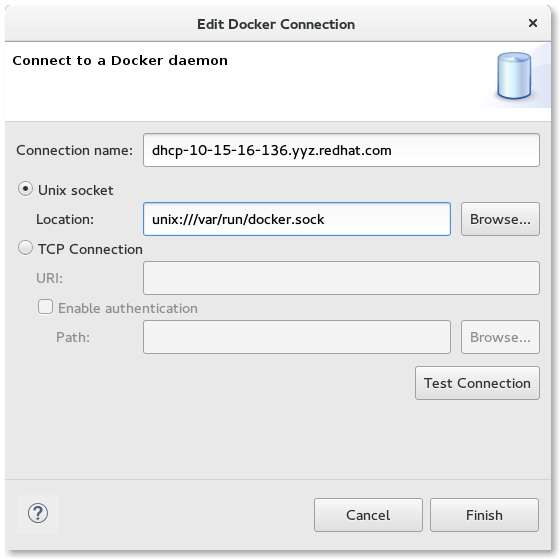 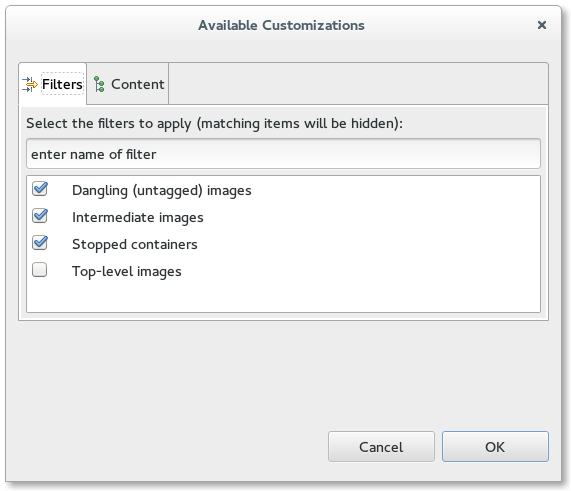 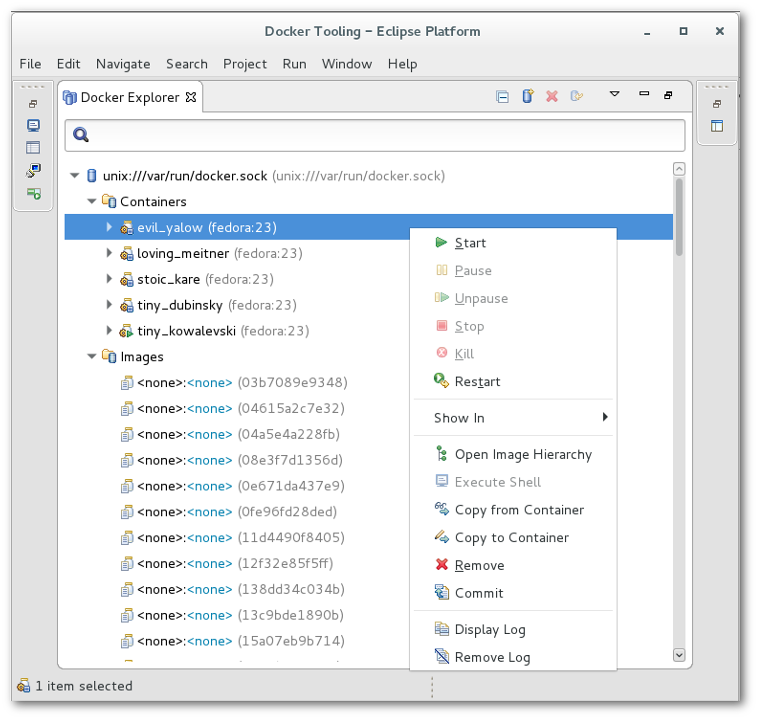 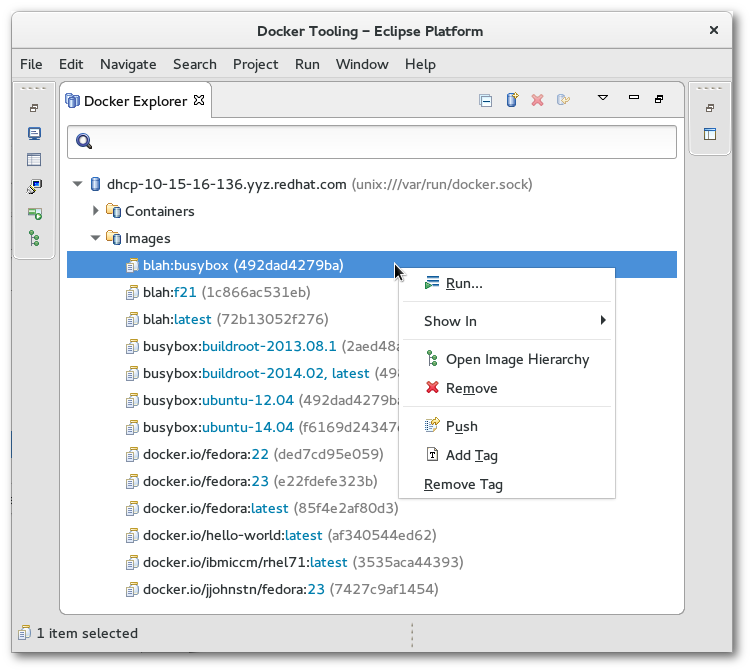 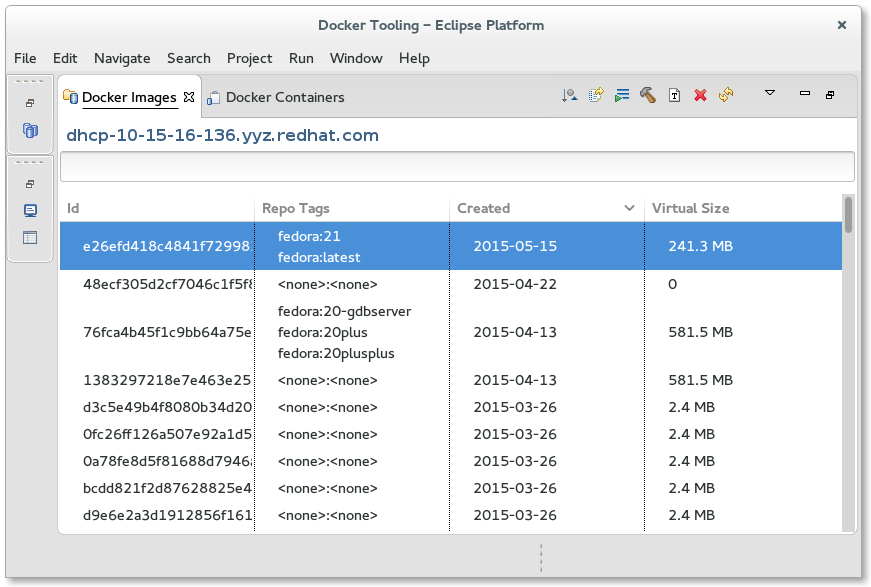 Pulling a Docker Image consists of requesting a repo tag or repository specification from a registry. Specifying a repository with no tag will pull the Image with tag: latest from that repo (for example: fedora will pull fedora:latest).

The pull Wizard is used to specify the repository or repo:tag specification and the registry account to use. 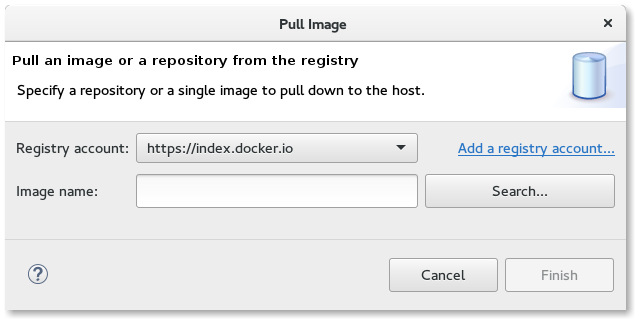 By default, the Docker Hub registry will be used, however, a user may specify an additional private registry if desired. Additional registries can be added by clicking on Add a registry account... or going to Windows -> Preferences -> Docker -> Registry Accounts. 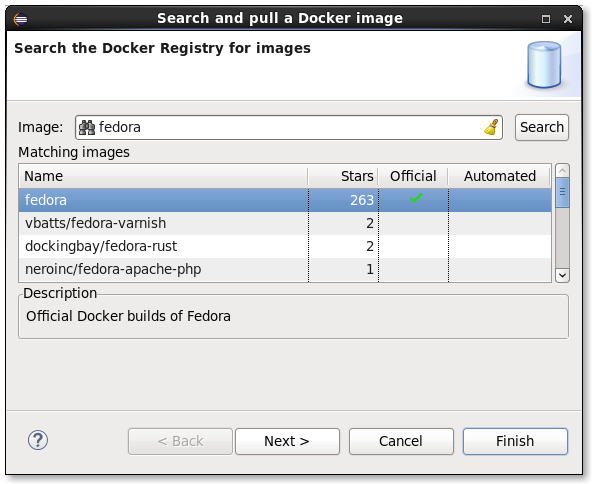 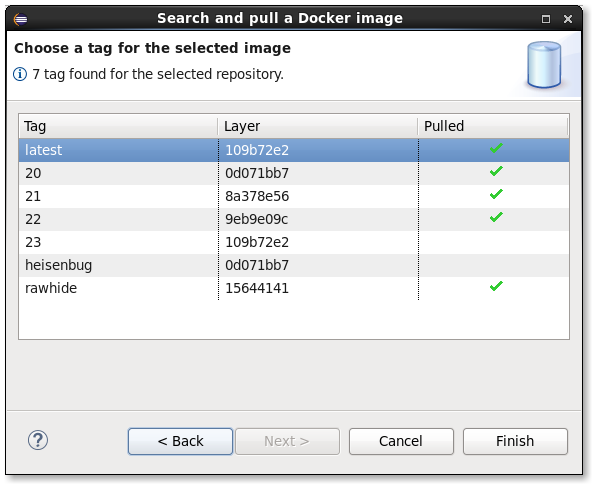 As well, a new tag can be specified at the time of the push. This new tag is not retained unless specified in the options.

Options are available to: 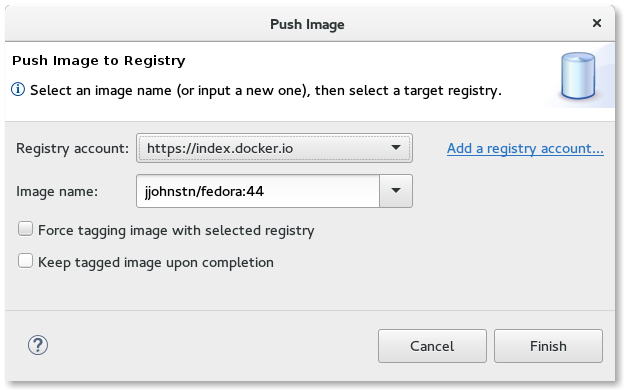 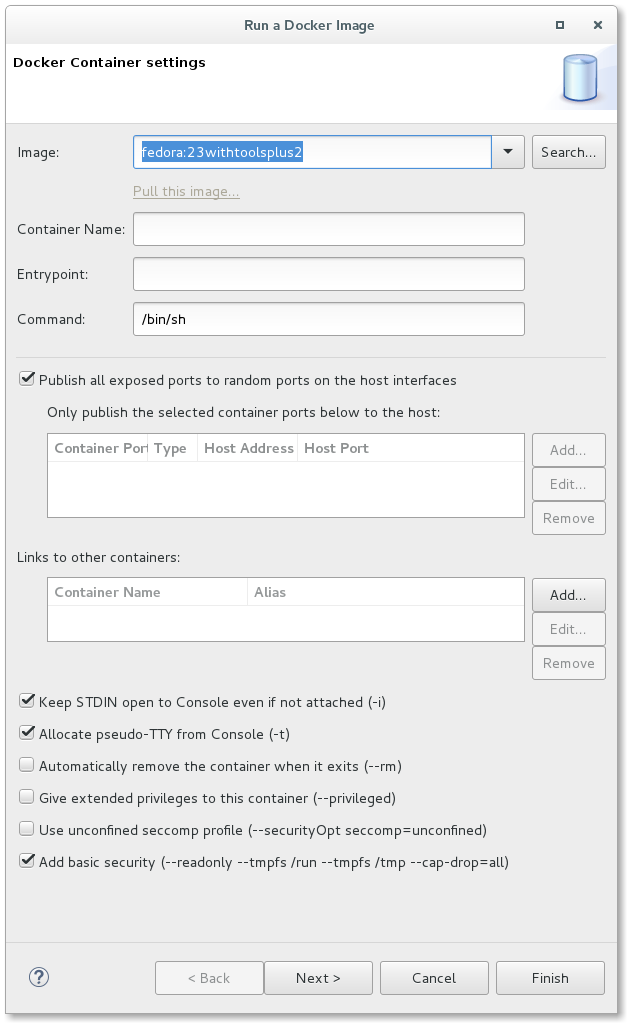 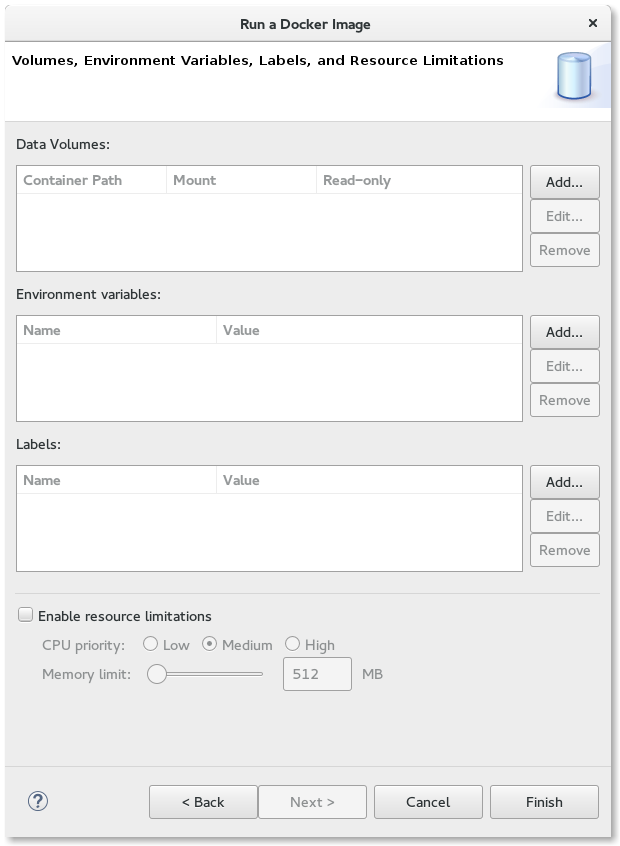 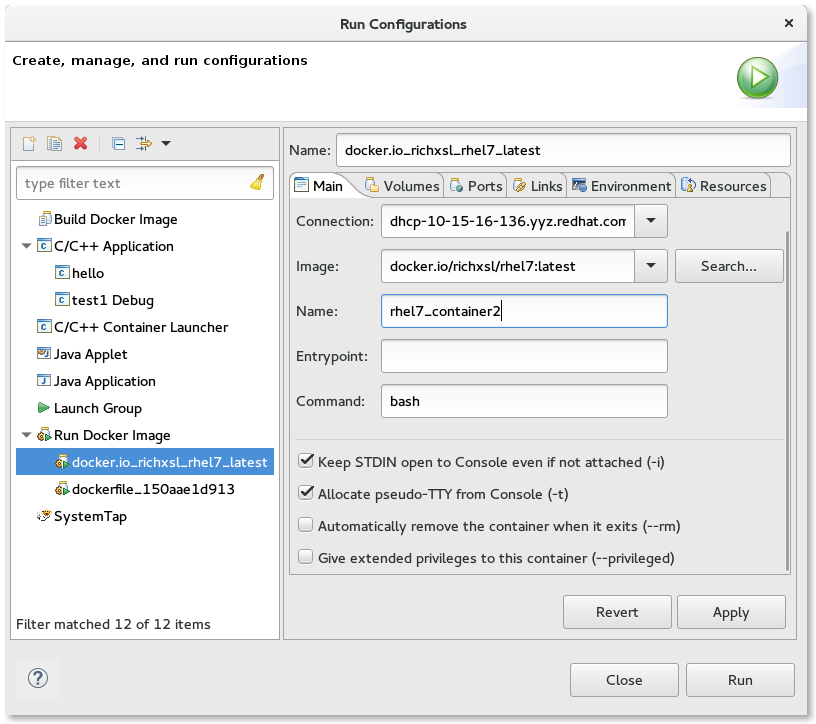 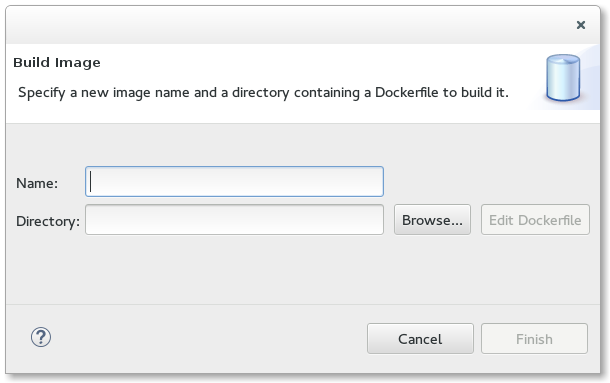 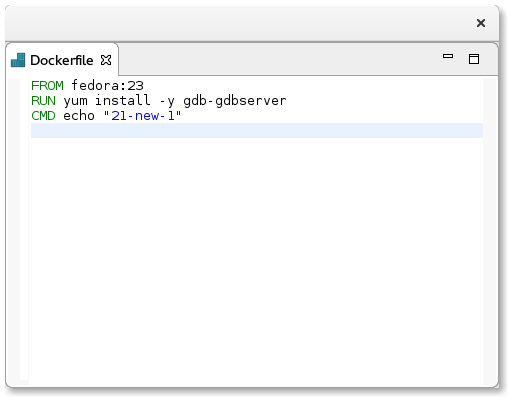 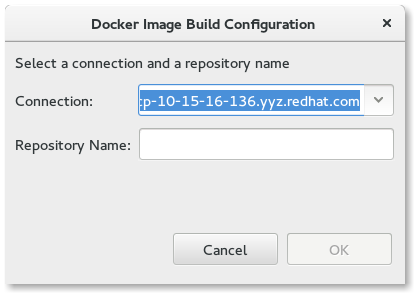 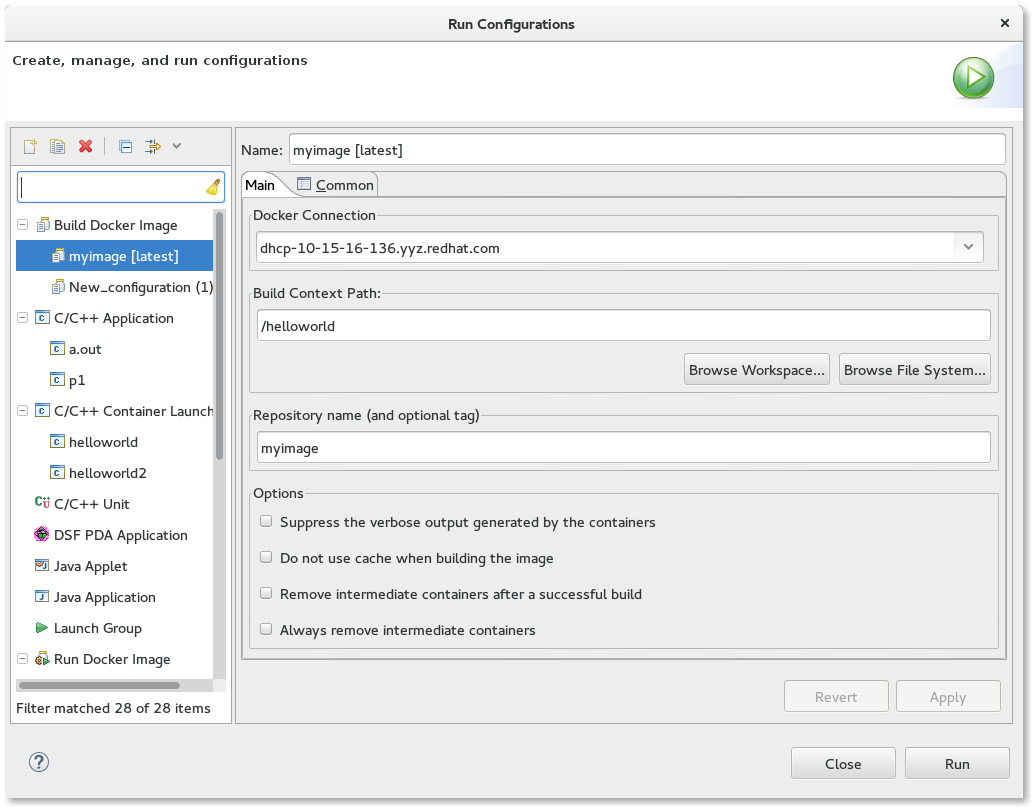 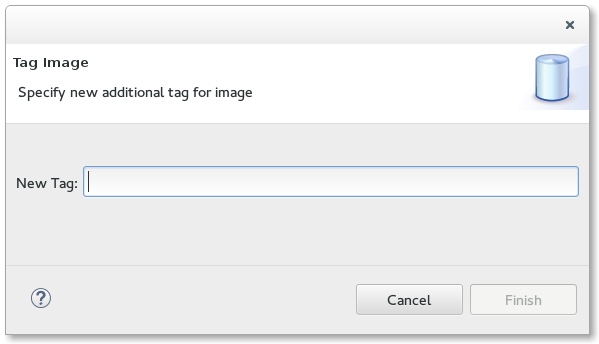 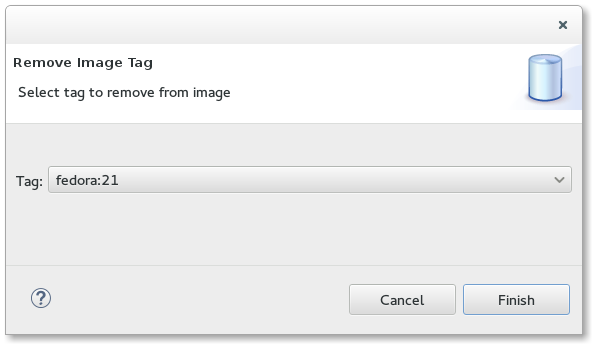 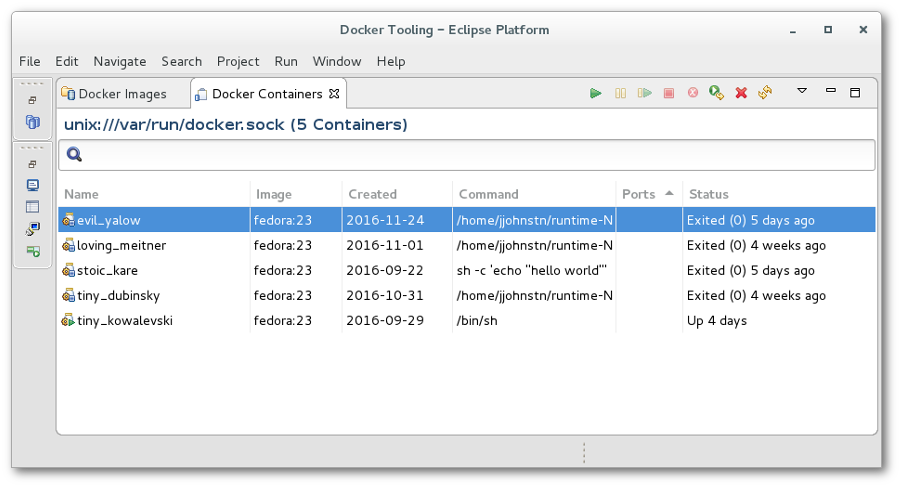 To filter by labels, check the Filter by labels check-box in the Docker Containers View view menu. In addition, some labels need to be specified to filter for. From the view menu, click on the Configure filter labels... menu item. This will bring up the following dialog: 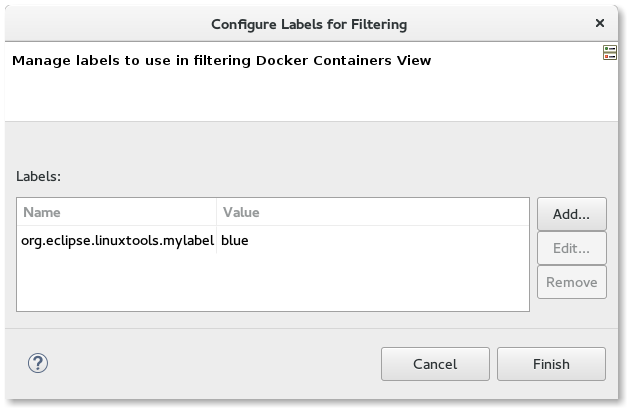 Labels can be added, edited, or removed from the list. 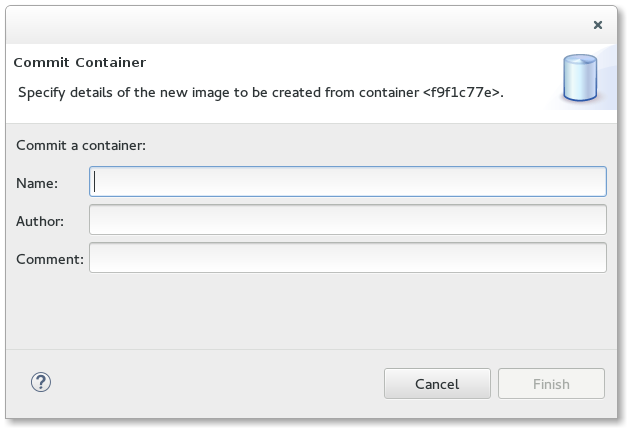 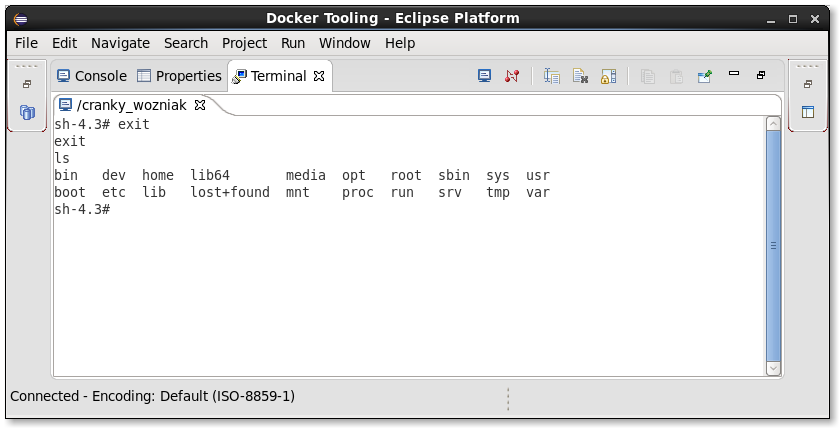 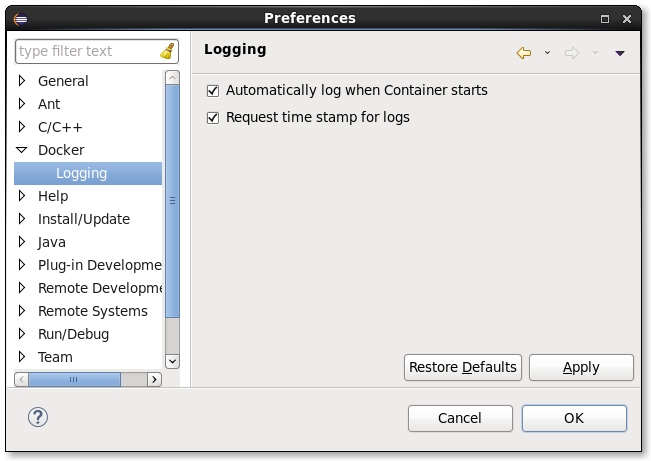 Context menu actions are available for the Docker Images and Docker Containers in the View. These match those found in the Docker Explorer View context menu.

The Properties View will respond to selections in the four Docker Tooling Views: Docker Explorer View, Docker Images View, Docker Containers View, and the Docker Image Hierarchy View. The data shown will depend on what is being selected: 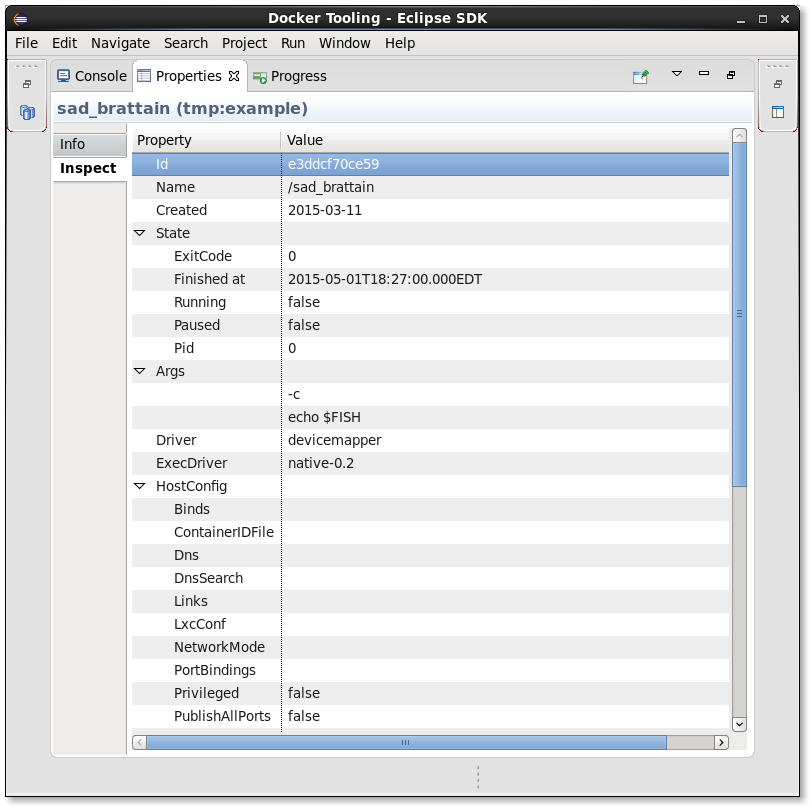 Support has been added for docker-compose.

The Docker Compose process displays it logs (with support for text coloring based on ANSI escape codes) and provides a stop button to stop the underlying process. 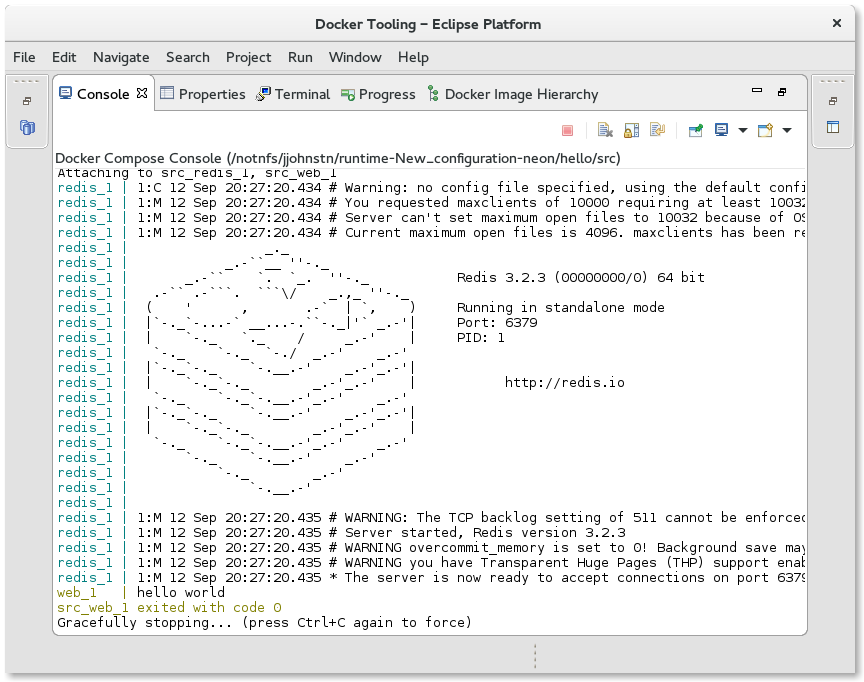 As with the support for building and running containers, a launch configuration is created after the first call to Docker Compose on the selected docker-compose.yml file.