Looking at the C Wizard, we see that there is a GNU Autotools category. 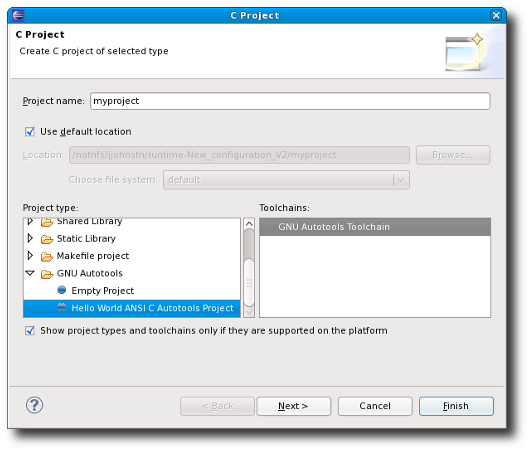 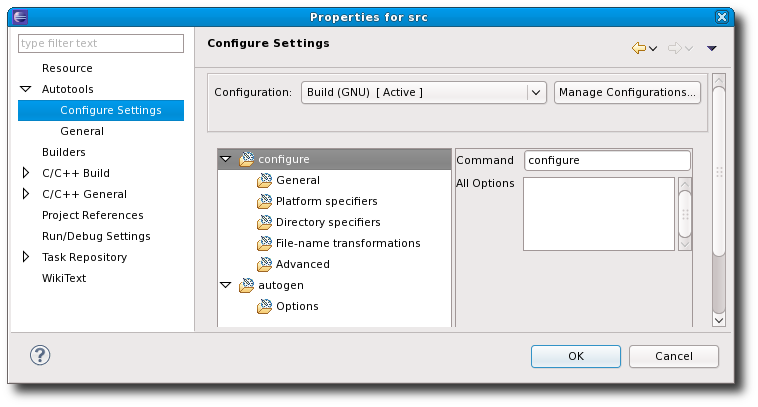