When a certain disease model should be used in scenario, the initial conditions for the isease have to be specified. The following components in STEM enable the user to do so. The Initializer component provides the combined functionality of the Infector and Inoculator components except initialization from an external file.

To create an initializer for a specific disease, the user has to right click on the disease and select "Create new Initializer". 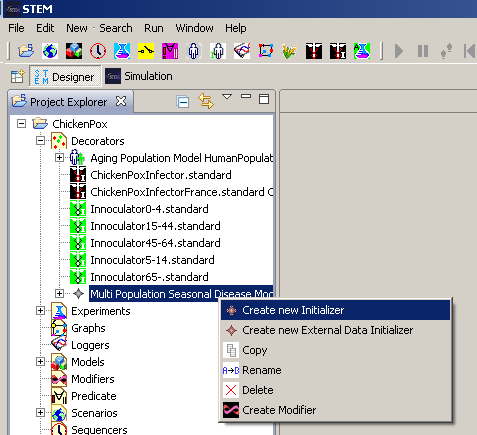 Since initializers also work for diseases with multiple populations, the population to initialize has to be selected. For the selected population the absolute number or percentage of individuals for all compartments can be specified. At last the user has to select a location for the initializer. If for example France is selected, any region in France is initialized with the chosen values. The new initializer will show up under the "Decorators" folder in the Project explorer. You can drag the population initializer right into a scenario. 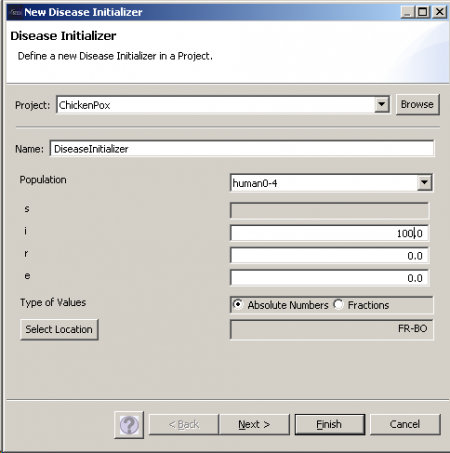