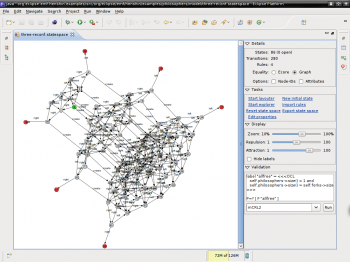 As a running example we consider the academic example of dining philosophers. To make it more interesting we include a rule for a dynamic reconfiguration, i.e. to allow to add a philosopher to the table during the execution. The rules are depicted below. We have two rules left and right for picking up forks, a rule release for putting them back on the table, and finally a rule create for squeezing in a new philosopher. We include negative application conditions to make sure that we cannot add arbitrarily many philosophers. This is important to ensure that the state space is finite. Here we chose an upper limit of at most 5 philosophers. We should also point out again that we can model both the execution and the reconfiguration using transformation rules in Henshin. 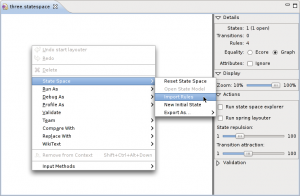 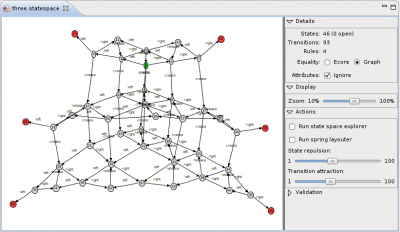 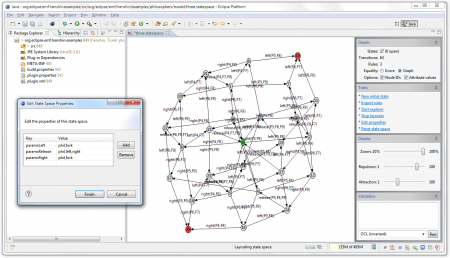 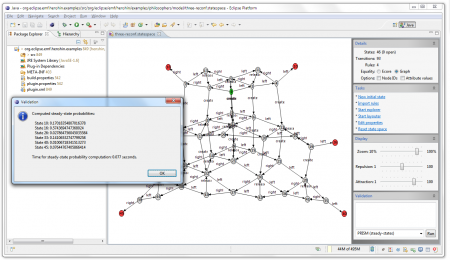