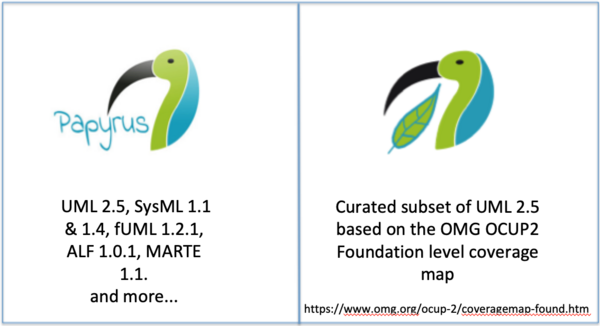 Note
the version displayed on the download site may be different from the one listed above - For best results, use the most recent version

Note
You can have multiple workspaces defined, but only one can be used at a time. For example, you would use different workspaces for different projects. A list of recently used Workspaces can be accessed from the above dialog by clicking on "Recent Workspaces" 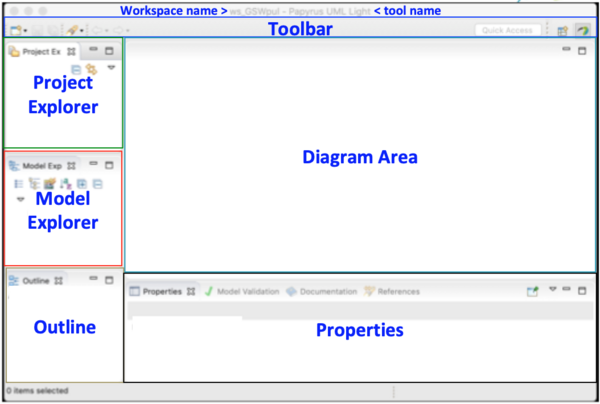 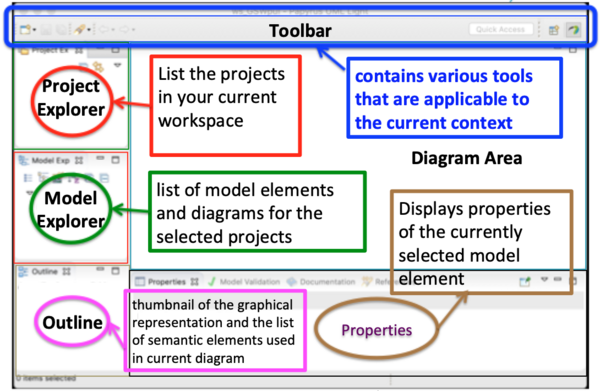 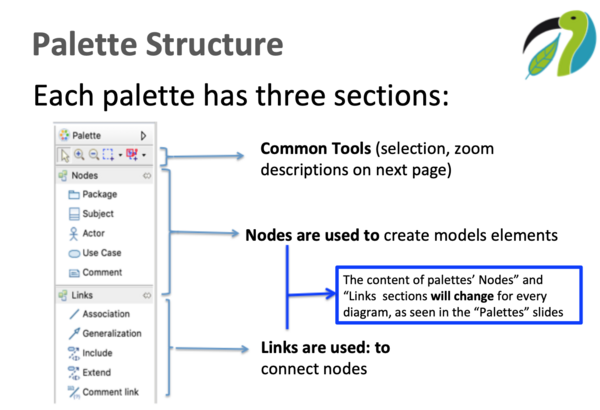 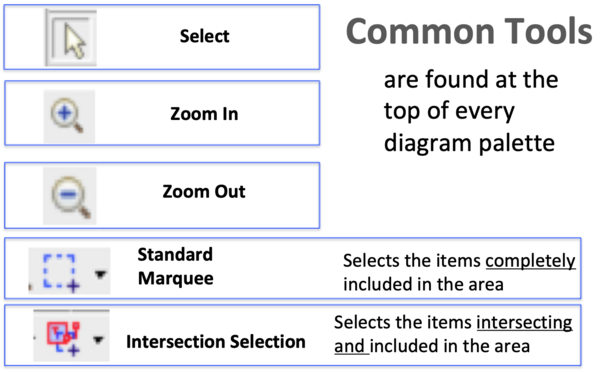 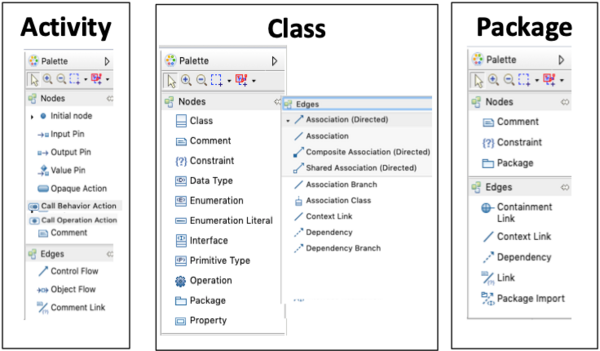 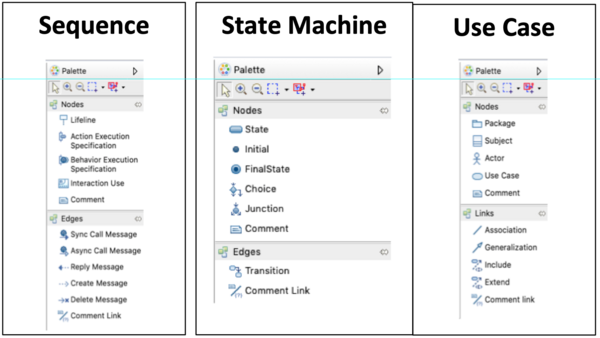 Commenting
The "comment node" and the "comment link" are available in all palettes. This make sense as they can be used to annotate any element

Rejoice! The time has come for you to start modeling! 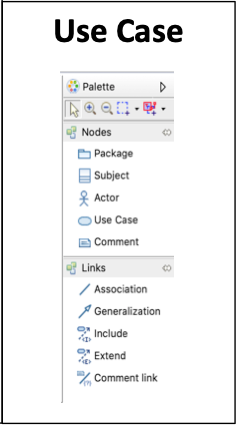 3. Note that the model name is automatically given the same name as the project. 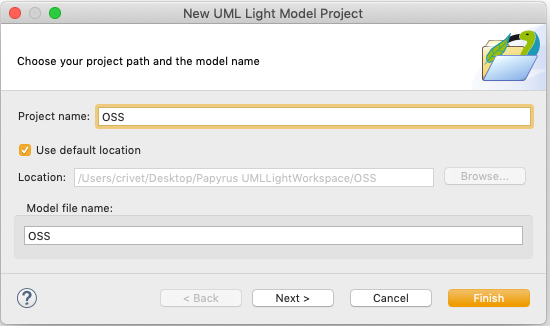 This will create an empty use case diagram as part of the project creation. 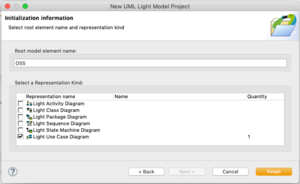 Your project has been created and it is displayed in the workspace: 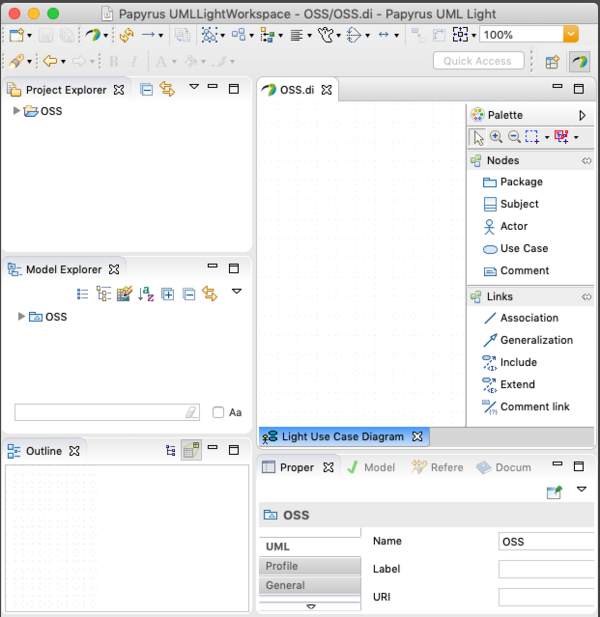 Tip: Diagram names
Notice that, by default, new diagrams are named by their type. However, you can can have multiple diagrams based on each diagram type., As such, it is a good idea, to rename diagrams to something that better represent their specific content.

NEVER manually edit the project explorer files (di, notation, and model)!
Thse files contain a machine-readable serialization of your model and its diagram notation that is not meant for human eyes! The only safe way to edit the model is by using Papyrus UMLLight. Trying to edit those files manually is likely to result in loss of of model information! 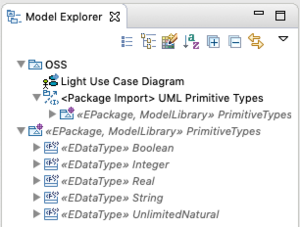 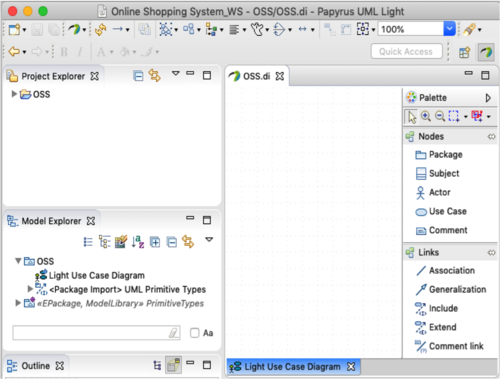 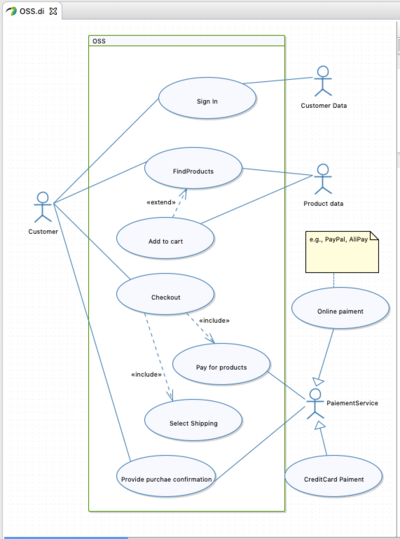 Tip: Use case diagram organization
When dealing with large systems, you will nee to create multiple focused and easy to read use case diagrams. For example, creating a diagram for each actor helps ensure that their behaviours are clear and well understood. 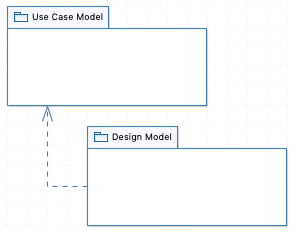 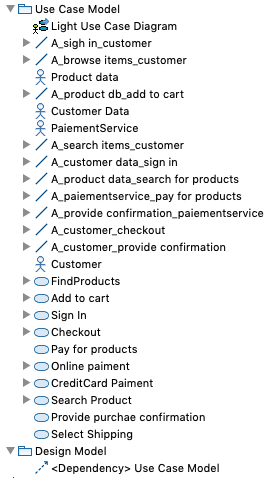 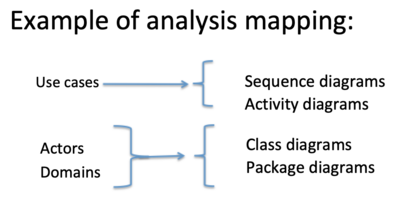 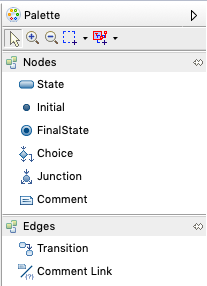