Please note that several incompatible changes to the (up to 0.2.0 provisional) API of GEF4 were made. The list of added and removed classes can be found at [1]. The most notable API changes are outlined below, marking incompatible ones with [INCOMPATIBLE CHANGE].

The FX component has undergone a significant revision. We have not only renamed all contained classes to get rid of the 'FX' prefix, which is not required in the context of the component, but we have also revised our abstractions related to infinite canvas, anchors, and connection.

Connection does now support multiple routers (straight and orthogonal) and interpolators (polyline, poly-bezier), it support proper clipping of start and end decorations, as well as replacement of the visual curve node. Furthermore support for a 'clickable' area has been added, which can e.g. be used to expand the mouse-sensitive area when zooming. 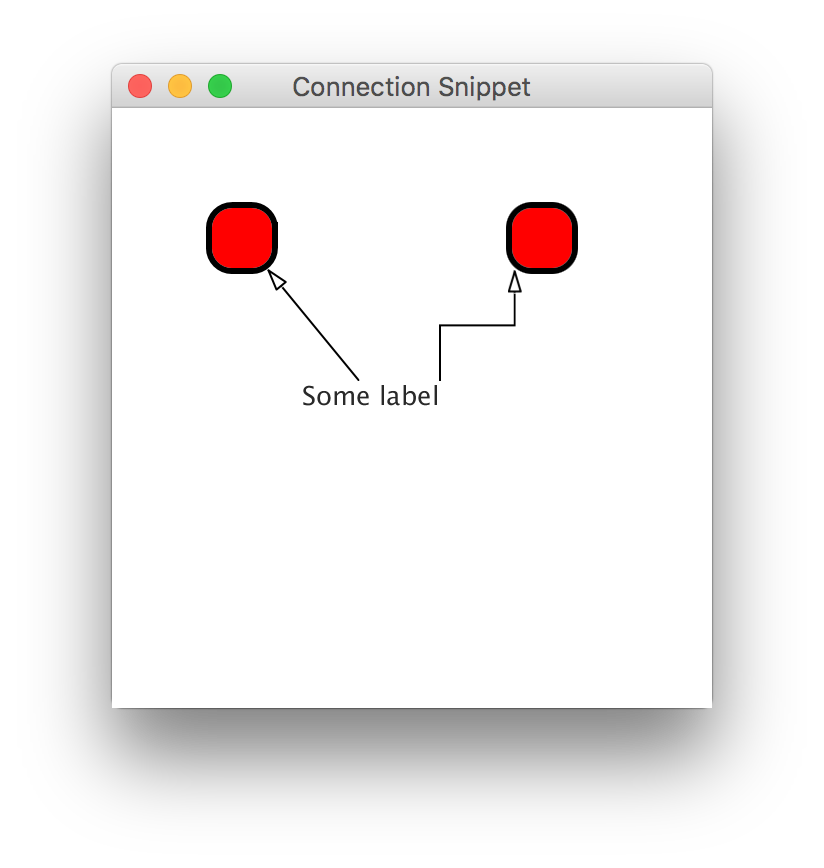 Revised DynamicAnchor and its IComputationStrategy to be comparable to a JavaFX binding, where the resulting position value is based on observable computation parameters that might depend on the anchorage (static) or anchored visual (dynamic).

GeometryNode has been changed to extend Region instead of Parent, so it no longer relies on overriding the deprecated impl_computeLayoutBounds() method that is deprecated and announced to be removed in future JavaFX releases.

Renamed accessor methods provided by SelectionModel to be more concise. Especially clarified via names, whether an operation appends, prepends, or sets the selection.

Changed the implementation of ContentBehavior to ensure that deactivation does not remove children of its host. This way, deactivation of an FXViewer can now be temporarily applied (to disable all listeners) without loosing the content of the viewer.

Added support for specifying positions hints for start and end points, which can be used to influence positions for attached anchors.

Separeted out the Zest JFace-API into an own module, so it can be consumed without introducing dependencies on the Eclipse Workbench UI.

The GEF4 DOT component has been completely revised and has made significant progress towards a full DOT authoring environment. A preference page has been added (#446639), via which the path to the native dot executable can be specified. In addition to image export, it is now also employed by the DOT Graph view to enable layouting in native mode in addition to the already provided emulated mode (based on matching GEF4 Layout algorithms). The view now also provides additional rendering capabilities, including edge decorations (¢https://bugs.eclipse.org/bugs/show_bug.cgi?id=477980]}, splines, as well as all available kind of labels (for edges and nodes). The DOT editor has been enhanced with additional validation support for arrowtype, point, splinetype, shape, and style attribute values.