The view delivers various controls on the Cloudio Control Panel to adjust the generation of the word cloud. Currently, the following settings are supported:

Mask: allows the user to upload a background mask (a square PNG image containing black and white pixels only) to modify the rendering of the tag cloud so that the words are drawn only on the white areas, since the black pixels are interpreted as used. The following two screenshots represent such a background mask and the GEF4 Cloudio Tag Cloud rendering result based on that background mask: 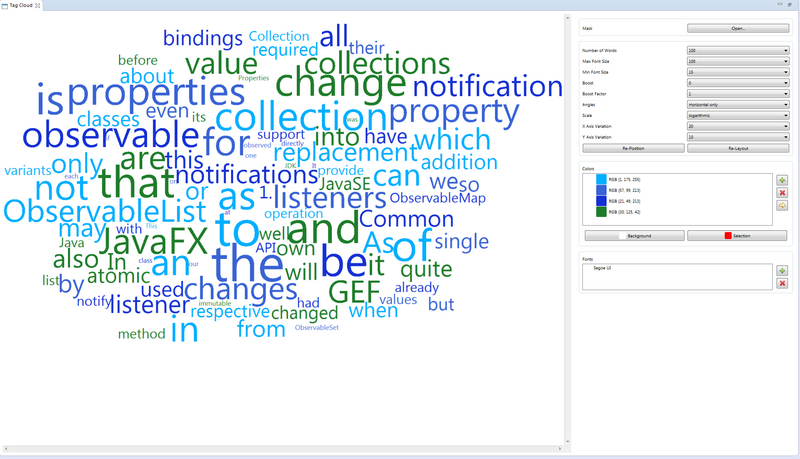 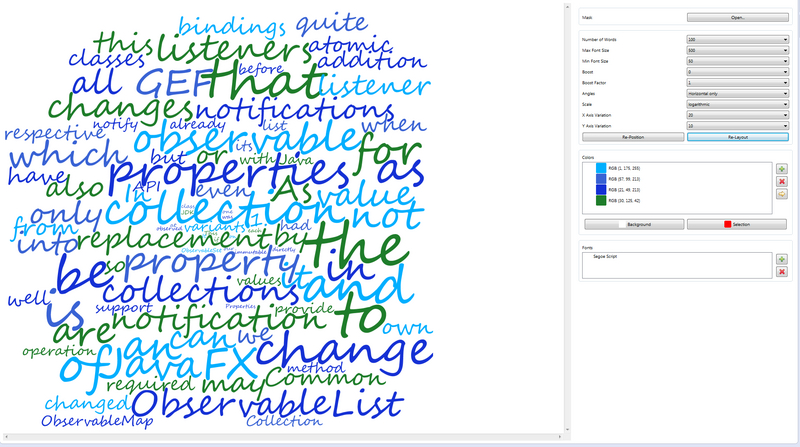 Scale: allows the user to set the scaling factor that are used to visualize the differences (to determine the "drawing weight" of each words) on the tag cloud. The predefined values are "linear" (the differences are spreaded evenly among the word weights) and "logarithmic" (the weight of the more frequently occuring words are more enhanced).

After any changes to these properties, the tag cloud can be rendered again using 'Re-Position' or 'Re-Layout'.