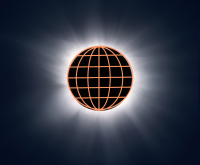 Plugin reuse and adaptation with Object Teams: Don't settle for a compromise!

When reusing existing plugins for something innovative, you're likely to do things the original plugin author has not anticipated. This typically brings about some kinds of compromise:

With Object Teams it is possible to eat the cake (apply unanticipated adaptations by disciplined aspect bindings) and still have it (sustain a well modularized, maintainable design). OT/Equinox brings this power to the development of Eclipse plugins (Equinox bundles).

This demo will show several real world examples from the implementation of the OTDT itself. Included are adaptations of a variety of plugins like JDT, Debug, PDE, JUnit, Workbench etc.