Difference between revisions of "ECF/DocShare Plugin" 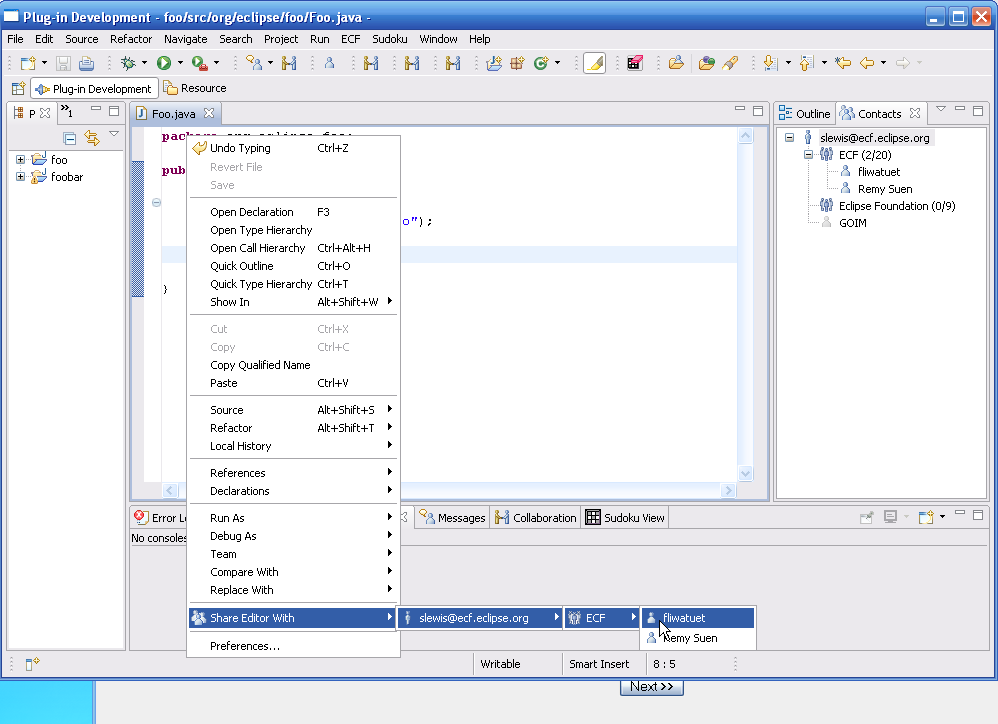 Once the receiver accepts the docshare, both participants may edit the document via their local editor and the changes will be immediately distributed to the other participant via ECF. 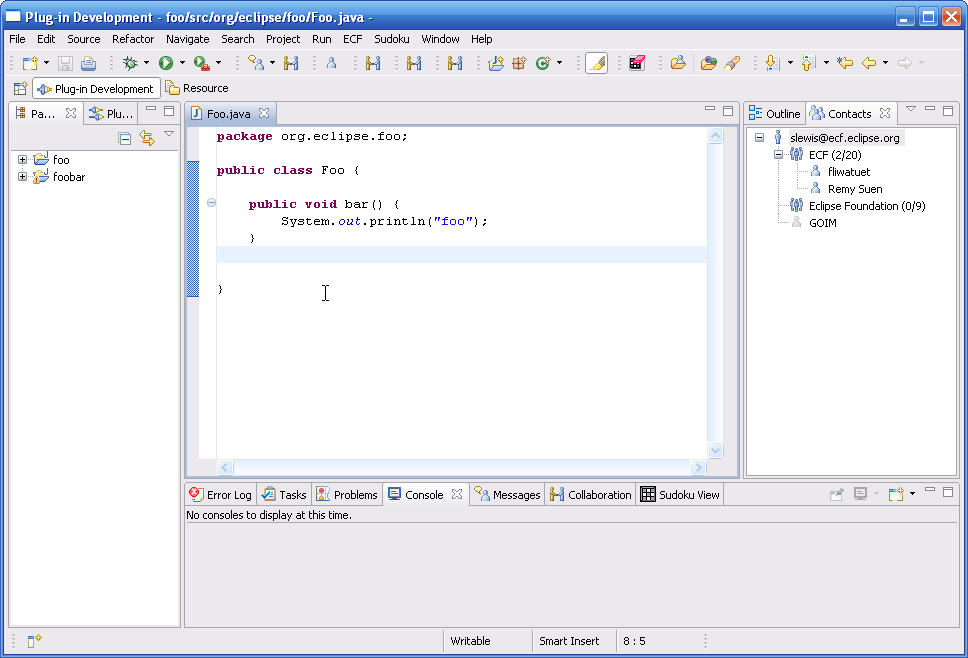 Slewis initiates the real-time shared editing by opening the context menu in the editor, and choosing Share Editor With -> slewis@ecf.eclipse.org ->ECF -> fliwatuet@ecf.eclipse.org 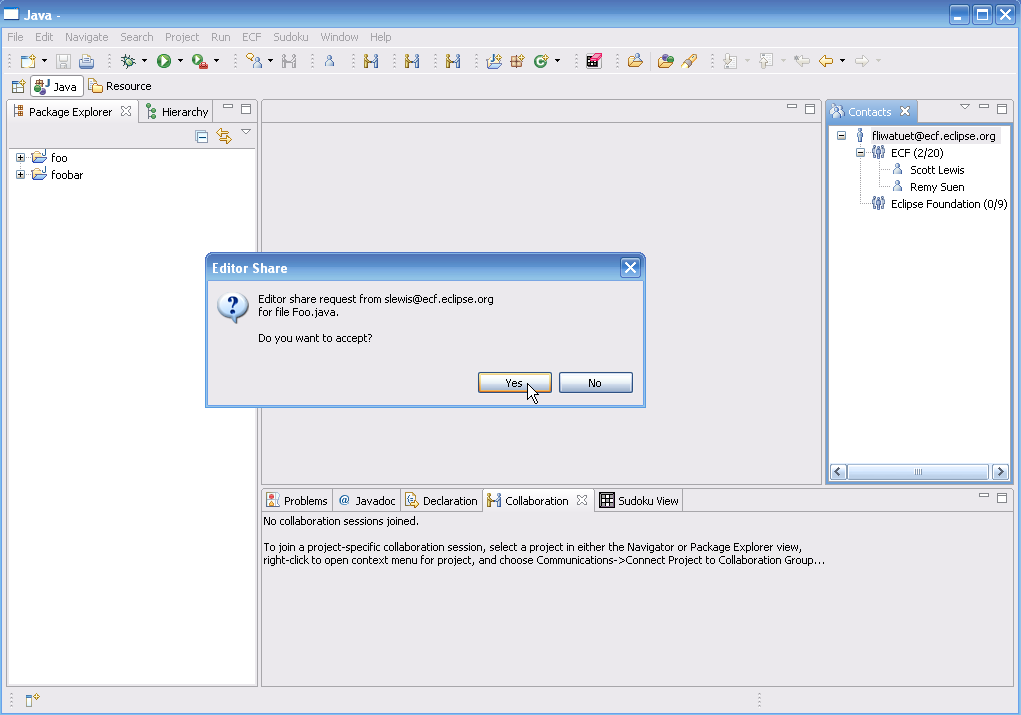 If fliwatuet accepts, the editor is opened with slewis' current editor content on fliwatuet's workbench 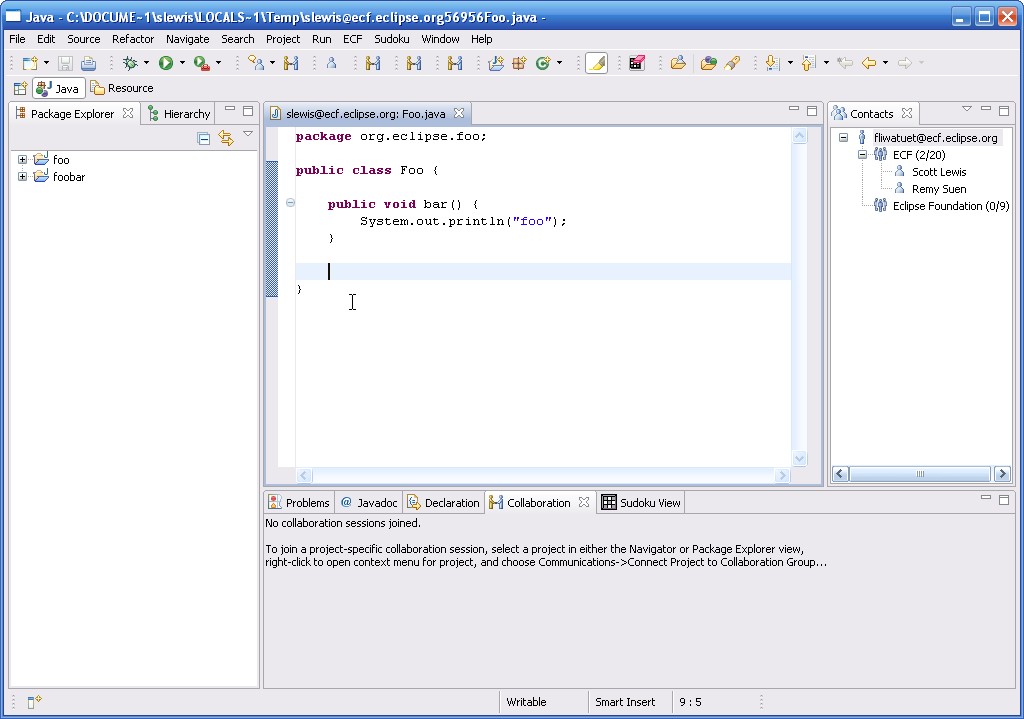 At this point, both participants can edit the text and updates will be immediately distributed and shown on the other's corresponding editor.

So, for example, here fliwatuet enters a new method (baz) 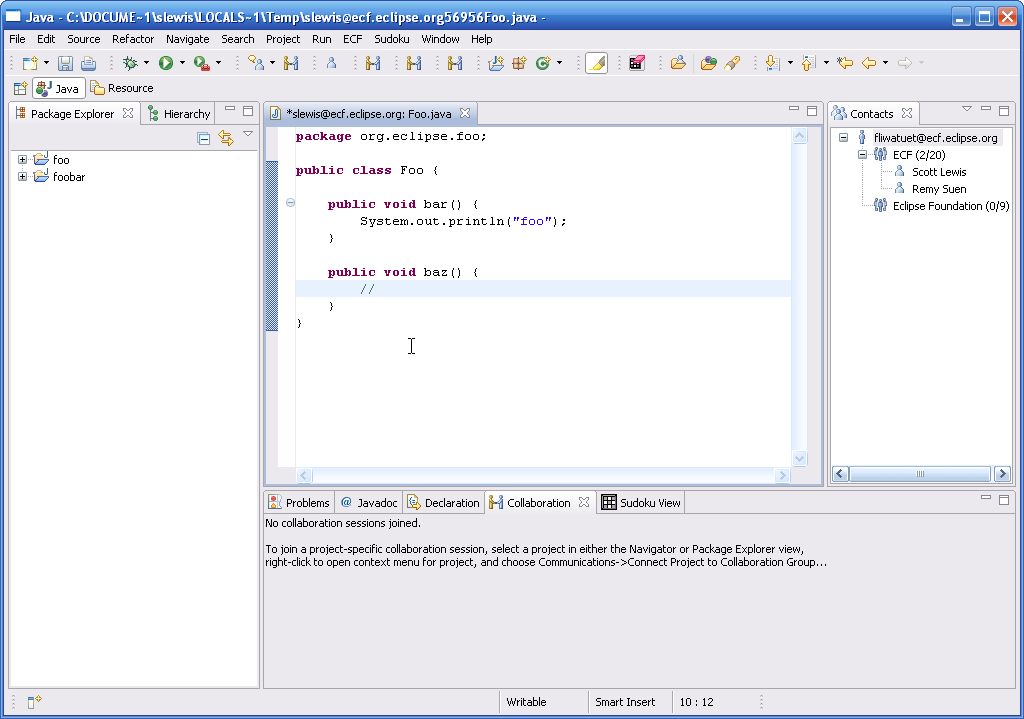 These same updates appear immediately on slewis' workbench. Slewis can also make changes and these are reflected on fliwatuet's workbench. 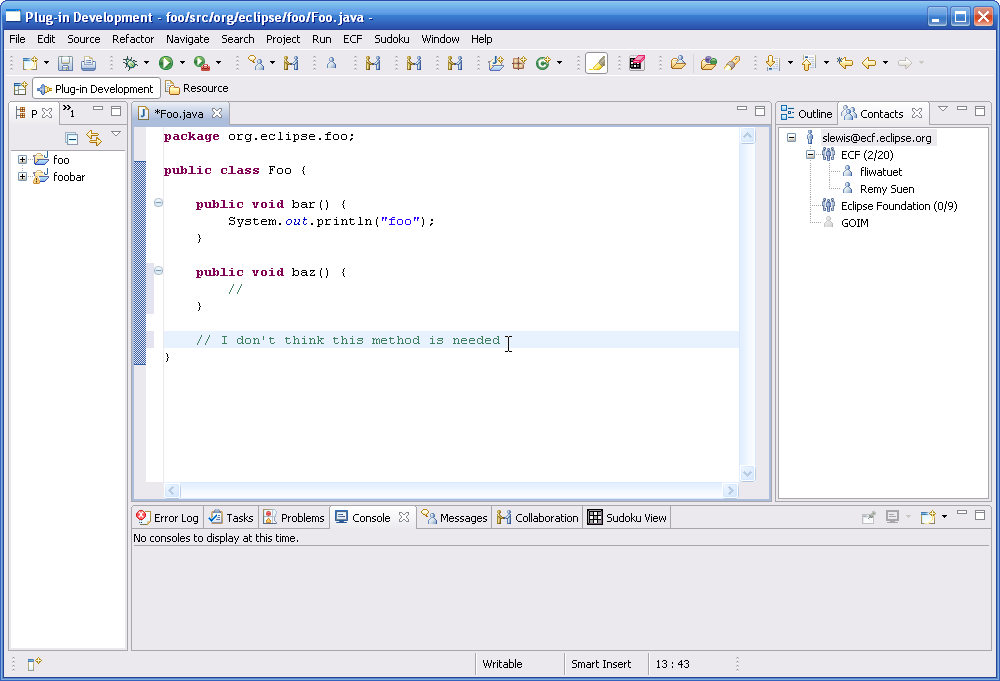 DocShare detects conflicts and resolves them using an algorithm and implementation called 'Cola'. That work is described in Real-Time Shared Editing.

The source code for docshare can be browsed by clicking here.

To work with the source code for DocShare bundle specifically and/or all of ECF, see ECF source code repo here.

This page was last modified 17:03, 10 January 2014 by Scott Lewis. Based on work by , anatoly techtonik and Hendy Irawan and others.