I see a strong need to improve the API (as others have expressed). Can we start to remove duplicate and triple implementations of the same thing ? Preferences is the best example of that but there are others. Can we have some best practise, rules of which is the "right" implementation ? And most important, can we deprecate all the others and have a plan by when deprecatation will lead to removal ?

Currently everyone seems to have a strong opinion that one is better than the other. I think Extensions can and should be mapped to Java Objects so that they can be injected into any component without deeper knowledge about the platform. Once you have injection for extensions its is only a small difference whether you inject a service or an extension. i.e.
Inject.service("FooService").into(myComponent).andStart(context); // inject instance of service Inject.extension("extpoint").useType(IData.class).into(myComponent).andStart(context); // inject instances of extensions @see http://wiki.eclipse.org/Riena_Getting_Started_with_injecting_services_and_extensions

That allows us to free business code from container dependant code. So business components get things inject and dont have to deal with container specific accessors. Ease testing and so on.

improve serverside equinox when running in a WAR

While running OSGi in the embedded Jetty is great and easy, the support for WAR deployment isnt equally strong: 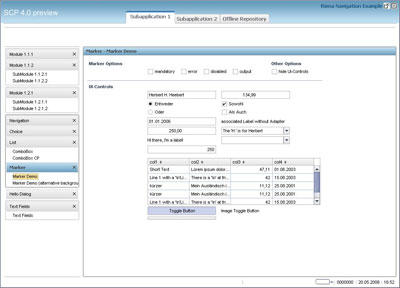 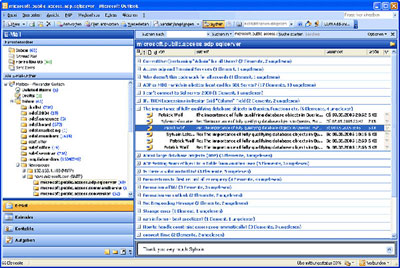 Christian Campo is Software Developer at compeople AG. He is project lead of Riena, an Eclipse project that is currently in Incubator phase. http://www.eclipse.org/Riena.

This page was last modified 23:18, 21 May 2008 by Eclipsepedia anonymous user Christian.campo.compeople.de.