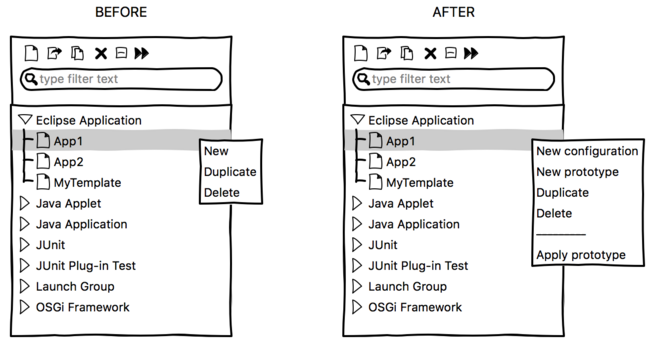 Once a prototype is applied on a configuration, a new entry is available in the right-click menu: 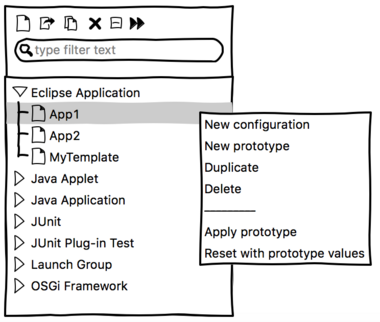 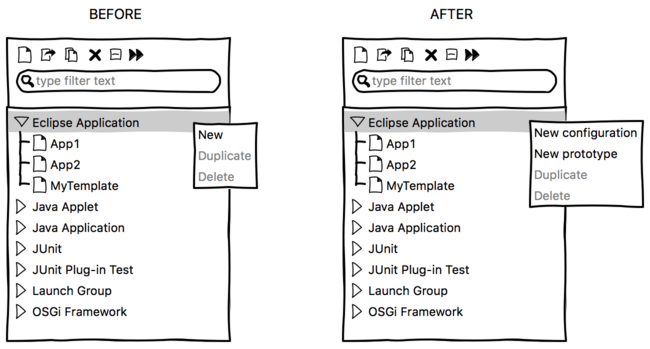 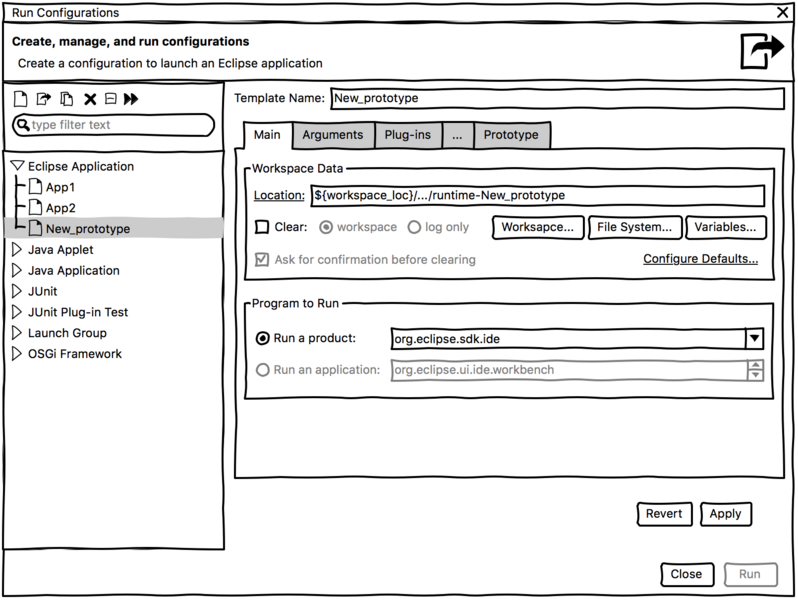 This tab lists the attributes of the launch configuration. The creator of the prototype have to set the Visibility state of each attribute.

For a new prototype, the default value of Visibility will be set to yes(checked state) for all attributes. 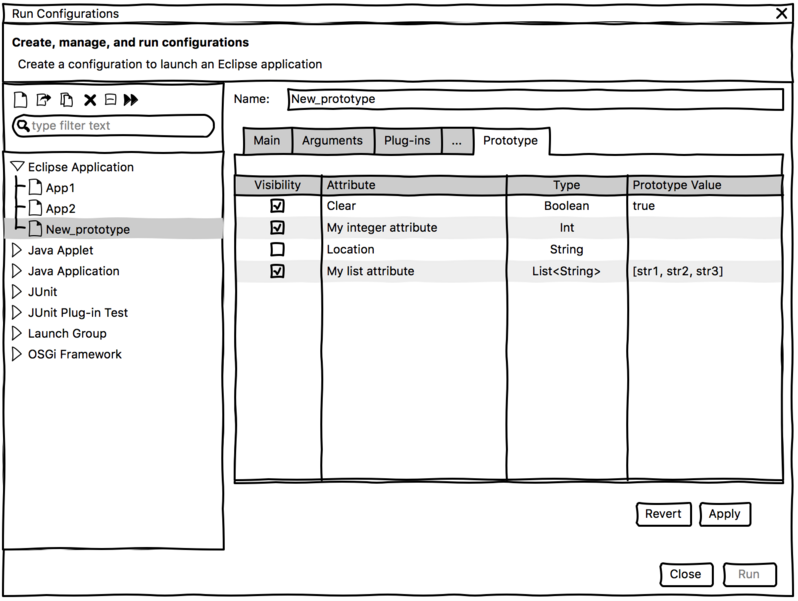 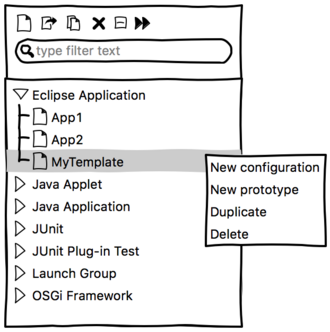 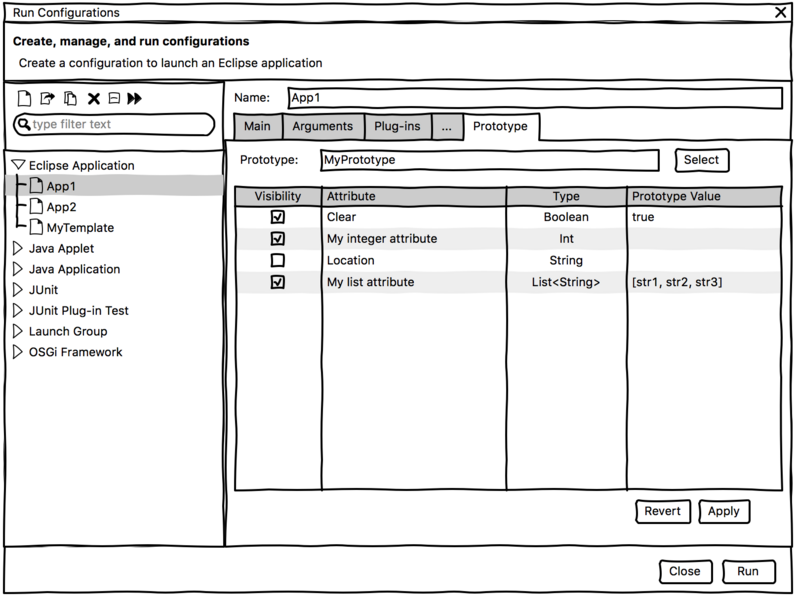 Here is a configuration with no attributes modified: 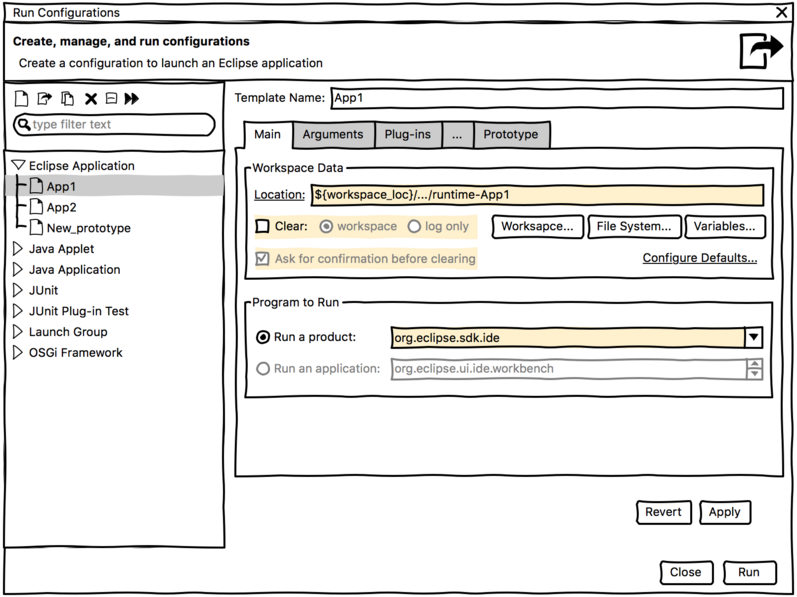 Then, the same configuration with modified attributes: