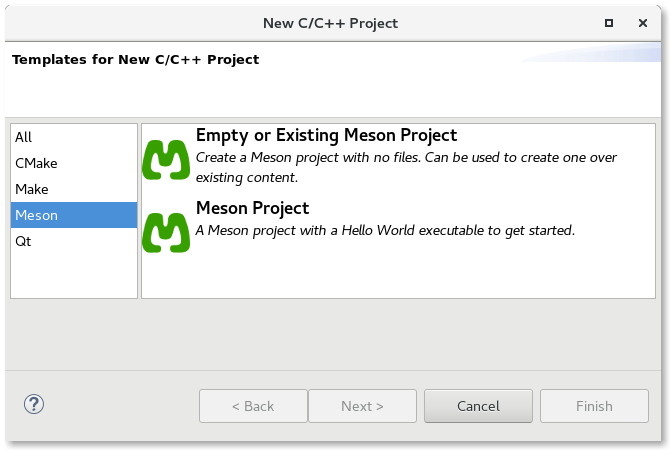 There are two choices: Empty Project or Meson Project. The Empty Project template means that no files will be supplied to the new project while the Meson Project is a sample C hello world program that uses Meson for configuring the build.