(This example aggregation can be downloaded via the b3 project SVN and opened in an appropriately set up workbench: buckminster_helios_mirrored.b3aggr).

The background is that Buckminster provides support for Subversive. In addition to the Subversive components hosted at Eclipse (http://www.eclipse.org/subversive/), a complete installation will also require Subversive SVN connectors provided by Polarion (http://community.polarion.com/projects/subversive/download/eclipse/2.0/update-site/). We want to create a repo that combines all these components and makes them accessible from one location. We want to make several platform configurations available. 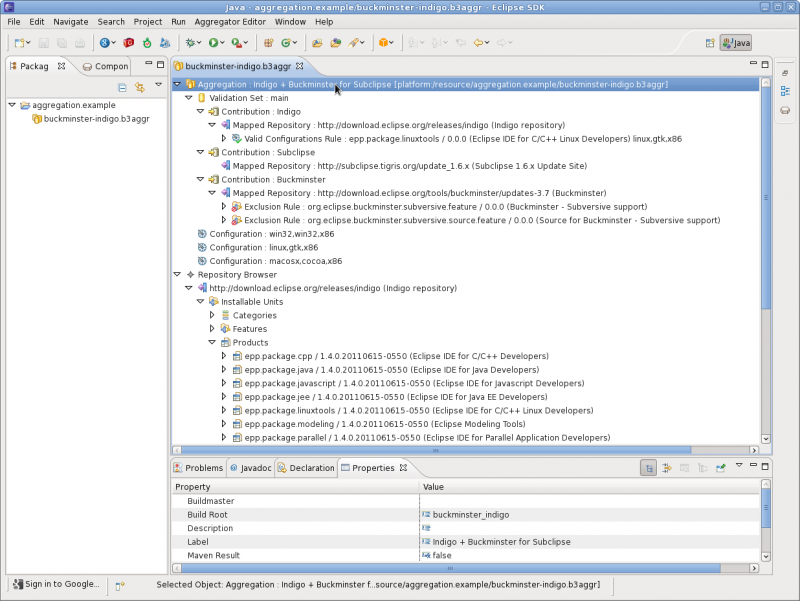