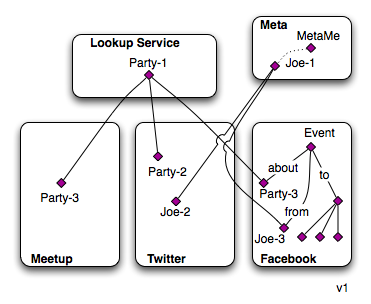 ERRATA: In the above image Party-3 in the Meetup context should be labelled "Parity-4"