Old information
This page is not updated anymore; for more up-to-date details look at the language specification at https://www.eclipse.org/viatra/documentation/transformations.html instead.

The development and debugging of reactive event-driven model transformations is not a trivial exercise, the basic concepts of software debugging however can be mapped to the field of model transformations. Debuggers can be used for detecting bugs, as well as better understanding the structure and behavior of programs. Direct control over a program allows the programmer to follow the flow of execution or stop the program at any desired point. Then it is possible to inspect its current state and verify the correctness of the software. These properties are very desirable in the field of model transformations as well. The VIATRA framework possesses a solution for implementing transformation debugging related functionalities. 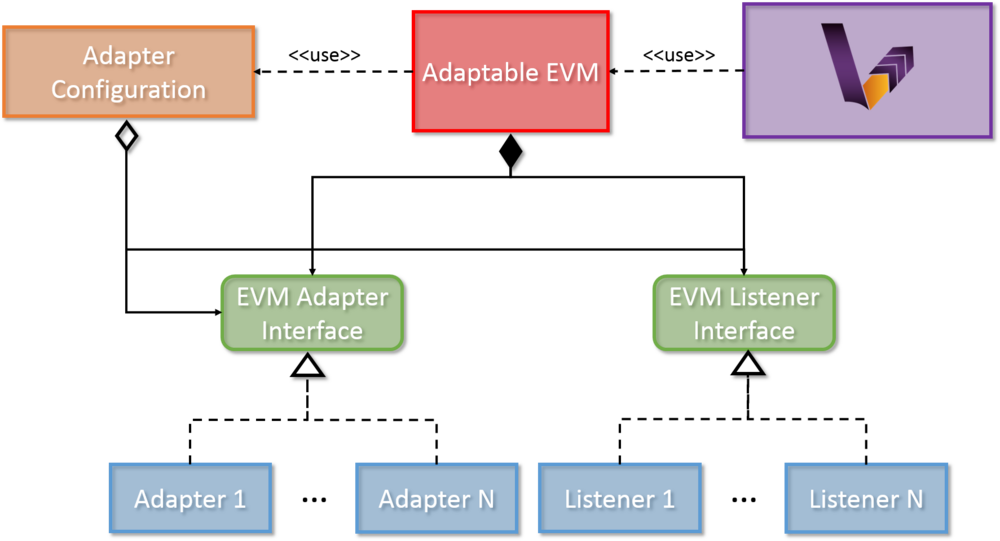 The class diagram below depicts the relations between the internal EVM elements and members of the EVM adapter framework. 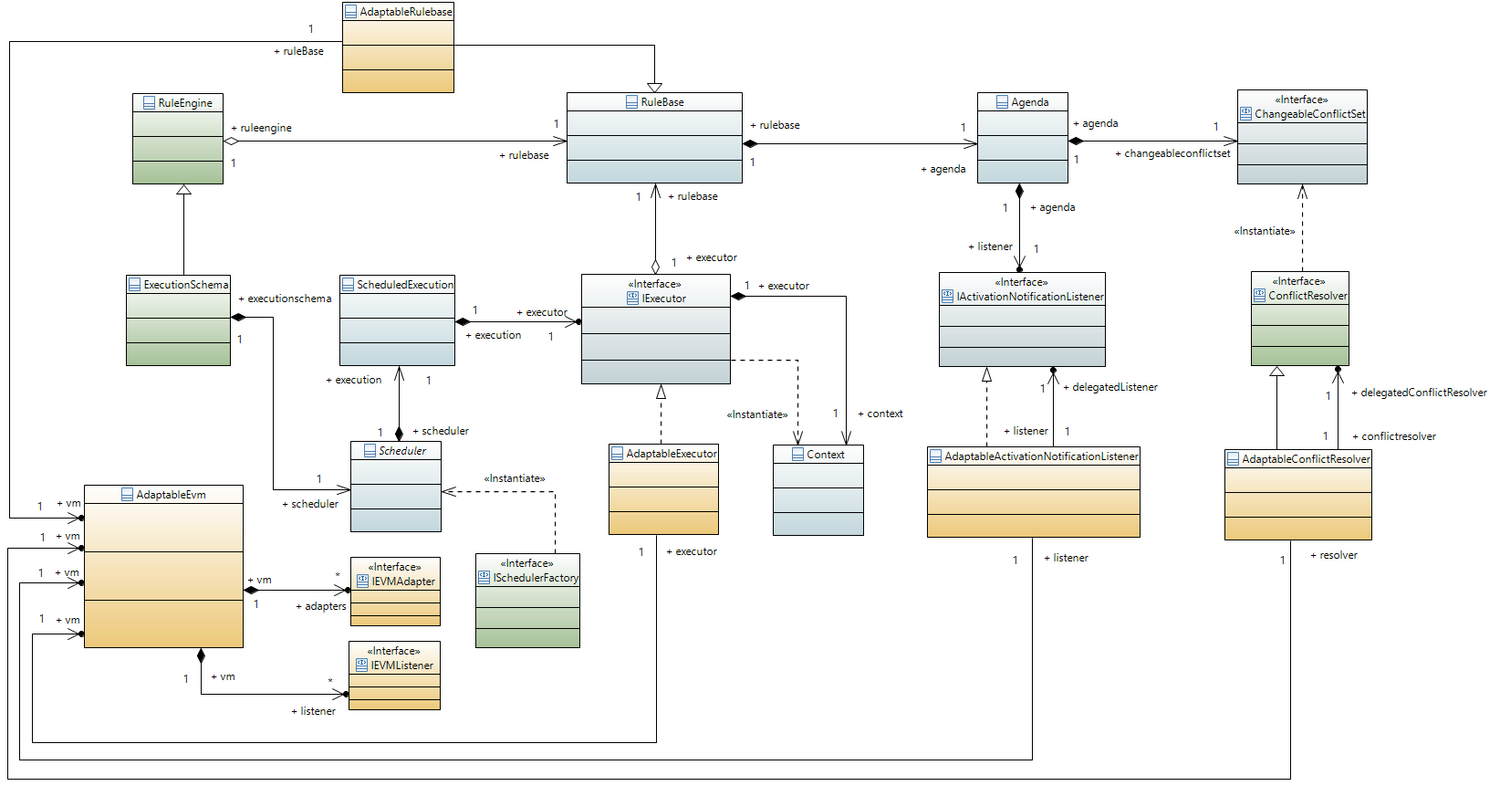 Similar to the listeners, EVM adapters can either implement the IEVMAdapter interface or the AbstractTransformationAdapter abstract class. The following example shows a simple adapter that is capable of changing the set of adapters executed during the EVM program execution. Note that the actual activation selection is not implemented, the example only focuses on showing a viable skeleton implementation for changing EVM execution sequences.